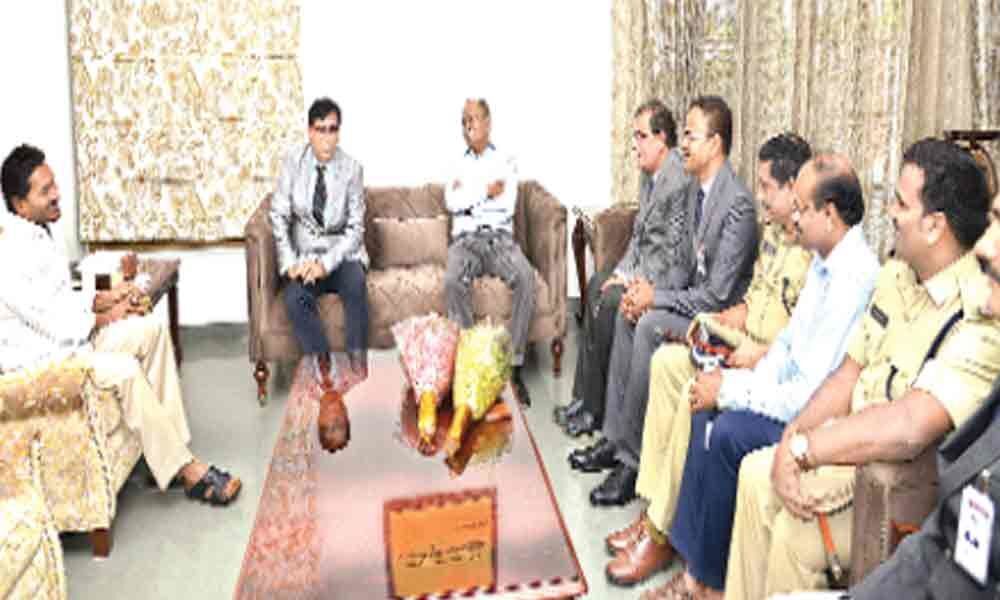 Their meeting assumes importance as rumours are making rounds in political circles that Sawang might be appointed as Director General of Police. According to sources, Jaganmohan Reddy will hold a meeting with senior officials formally on Friday when the issue of appointing officials to various top posts and also arrangements for swearing-in ceremony programme will be discussed.