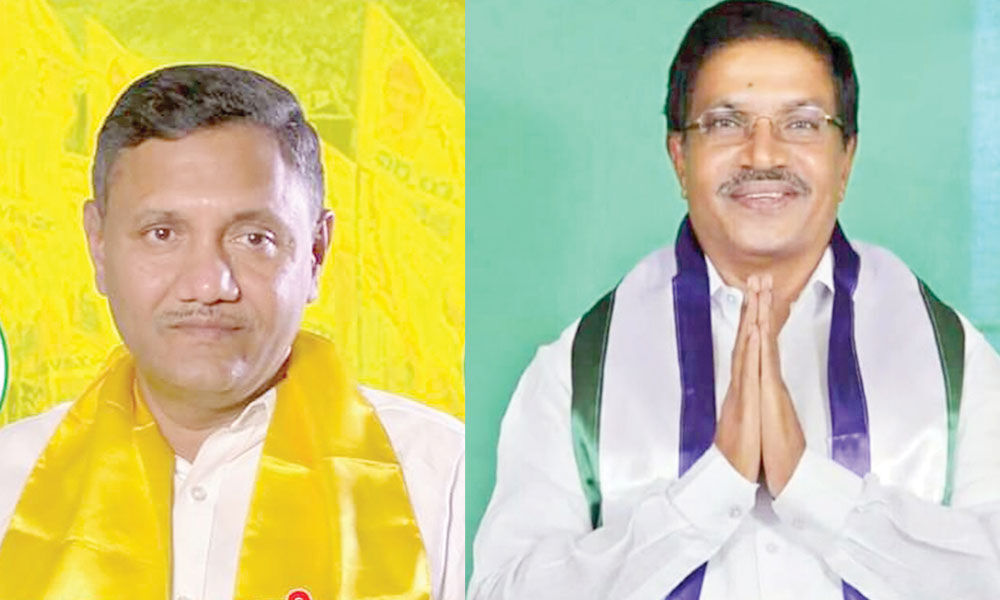 Kurnool: For the first time, the Nandyal Lok Sabha Constituency will witness a triangular fight. The YSRCP fielded Pocha Brahmananda Reddy, who belongs...

Kurnool: For the first time, the Nandyal Lok Sabha Constituency will witness a triangular fight. The YSRCP fielded Pocha Brahmananda Reddy, who belongs to Allagadda, has close relations with Nandyal but TDP candidate Mandra Sivananda Reddy is a novice to politics. Nandyal sitting MP SPY Reddy is a local leader and served as MP for three consecutive times. He is now contesting on Jana Sena Party ticket. The impact of other contesting candidates is negligible.

Seven Assembly constituencies fall under the Nandyal Lok Sabha segment. They are Allagadda, Srisailam, Nandikotkur, Panyam, Nandyal, Banaganapalle and Dhone. As per 2018 voter list, there are 13,62,886 voters in Nandyal Parliamentary constituency. SPY Reddy is known as 'Annadata' among the farmers and has good rapport with people of various communities.

He elected as MP in 2004 and 2009 on Congress ticket. Later, shifted to YSRCP in 2014 and won with a majority of 1,05,766 votes. Reddy is very confident about his victory this time as he has strong vote base. Besides, Communist supporters will cast in his favour due to alliance between Jana Sena and Left parties. According to 2011 census, the Scheduled Caste (SC) ratio is 18.91 per cent from the total population and 1,840 polling stations in this constituency. The TDP nominee Sivananda Reddy has vote base in Nandikotkur and Srisailam Assembly constituencies.

On the other hand, YSRCP candidate P Brahmananda Reddy was a governing body member of the Acharya NG Ranga Agricultural University. As a Chairman of the Bharati Seeds, he had maintained good relations with the farmers. He played a crucial role in Congress victory in various elections from 2004 to 2011.