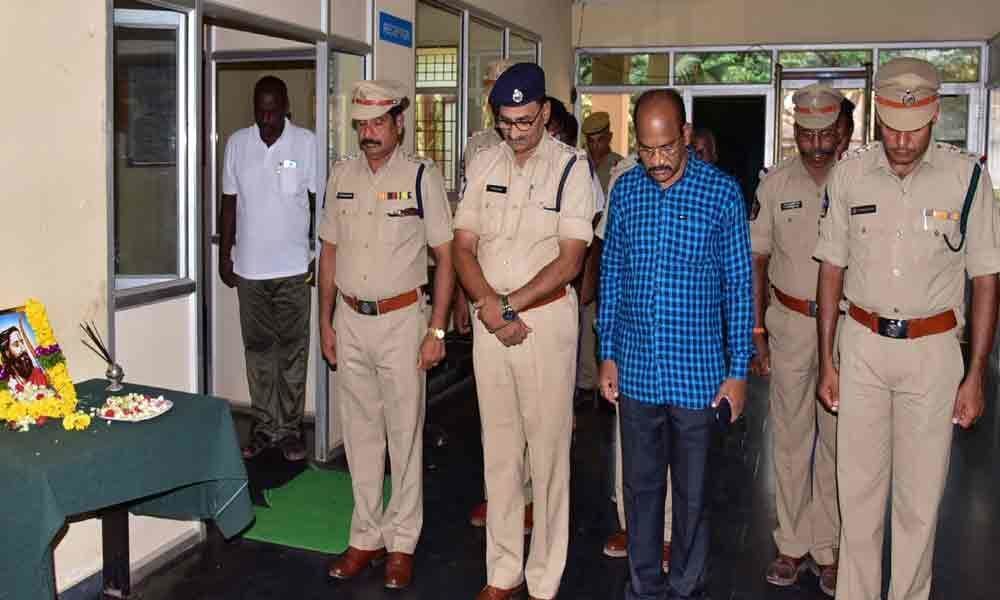 Speaking on the occasion, Vijaya Rao said the British rulers mercilessly killed Seetarama Raju to put an end to the tribakl revolt. He said he was murdered at an young age of only 27 years for his armed revolt and struggle in the Agency areas.

The DSP said Seetaramaraju was a brave leader and inspired the people to fight against the British rule. He said the brave warrier opposed the atrocities committed by the British soldiers on the tribal people in the Agency Area. Other police personnel paid floral tributes and observed two minutes silence as mark of respect to the great Seetaramaraju.