Vice President called upon the scientists: encourage students in research 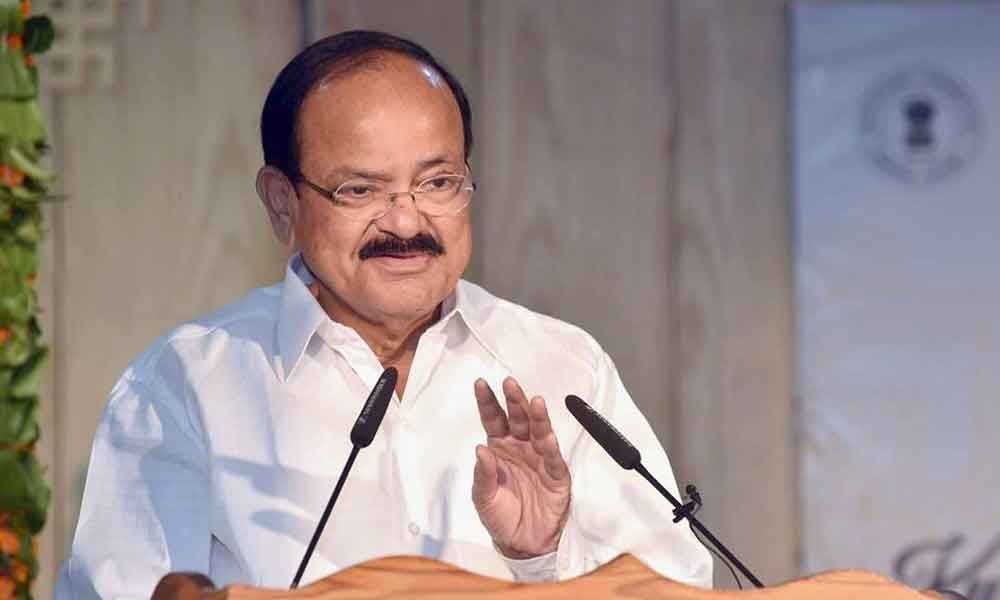 Tirupati:The Vice President of India M Venkaiah Naidu gave a call to scientists that they have to encourage the students in science research, it will help to strengthen the countries science and technology advancement.

Venkaiah Naidu has congratulated the Director, Staff and Research Students on Completion of 25 Years of NARL. And also Addressed the Staff and Students at NARL Auditorium

Vice President of India mentioned that in olden days, people used to forecast the rainfall by season with Reason. NARL should work for forecast of rainfall with perfectionism so as to help the Farmers. NARL should forecast the Problems of extreme weather conditions, drought, rainfall and other atmospheric conditions too.

He added that now, it is the Age of LPG ( Liberalisation, Privatisation and Globalization). We should love and live with our culture and nature for our better future, Scientists and ourselves should work in tandem to address the challenges of Water scarcity, climate changes, conservation of plants and animal life, global warming, tropical conditions Vice president told.

The Vice President of India has also Congratulated the ISRO and NARL Young Scientists for their Research.

" Imposing and Opposing the Hindi Language is not Correct and share and care is the core of Indian Philosophy. Basha (Language) and Bhavna ( Our thinking) should go together. Also said that we should not neglect our Mother Land, Mother Toungue. Mummy , Daddy English words should be replaced with Amma and Naanna. Google is important but it's not a substitute for Guru and we should respect our Gurus", The Vice President stressed.

He gave a call to Young people that they should do away with sedentary life style and Instant food and should eat our local food to keep fit and healthy.

Life style changes and Food habits are the main reason for the spread of Non-communicable diseases in India and he suggested to practice Yoga for better and healthy life, the VP advised.

Later, The Vice President of India has planted a sappling in front of the NARL Main Building and had a group photo with the NARL Research Students, Staff .

The Vice President of India has left for Tirupati from NARL , Gadanki.