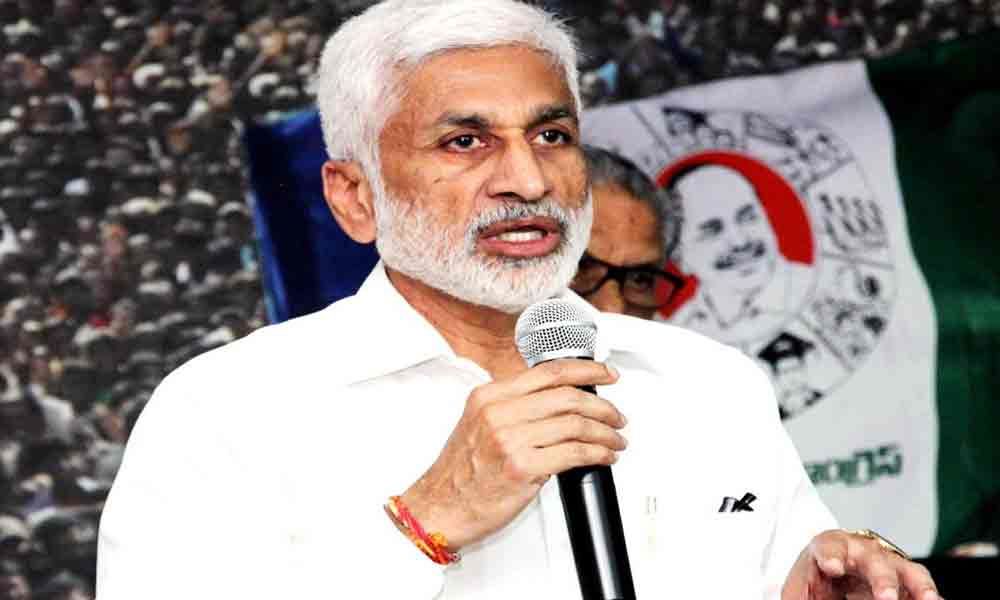 Vijayawada: YSRCP Rajya Sabha member V Vijayasai Reddy asked the party workers to apply for village volunteer posts to work in the proposed village secretariats in the state. Addressing the state-level extended party meeting in a private function hall at Tadepalli in Guntur district here on Thursday, Vijayasai Reddy said that the party would not neglect the services of party leaders and workers. He called upon the workers consider the party work as social service.

Recalling that party chief Y S Jagan Mohan Reddy had made several promises during his Praja Sankalpa Yatra, he said the state government has the responsibility to fulfil all them. He exhorted the party workers to extend their cooperation in delivering good governance.

He said that the central party office would be shifted from Hyderabad to Tadepalli soon. The party would construct office buildings in all the proposed 25 districts of the state soon, he said while adding that the party would apply to the government for the allotment of sites for office construction.

He said that he would be available to party workers on every Saturday and Sunday. The YSRCP has come to power by hard work and relentless efforts of party workers, he said and added that the leadership would never forget them and take care of their future. Stating that the party wants to provide corruption-free government, he requested the cadres to work with an aim to retain power in 2024 elections. Several party leaders were also present in the meeting.