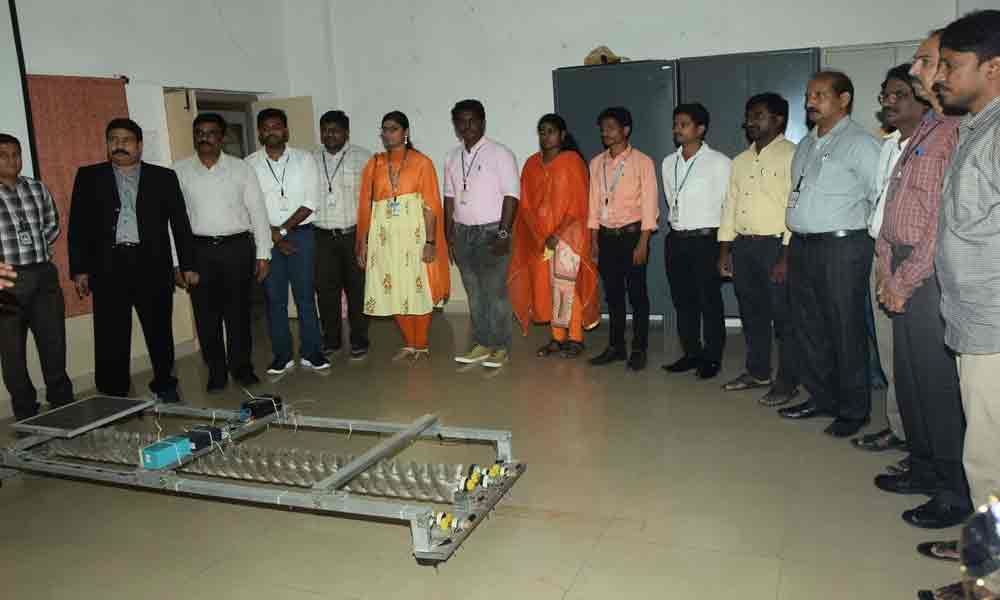 x
The students of Vishnu Institute of Technology (VIT) students with their project on Thursday.
Highlights

Disclosing this at a press conference, the college director and principal Dr D Suryanarayana has said that the winning team was invited to a international contest organised by TiE Global at California in the USA. The college faculty member Mahabub Hussain and student Prasanna Kumar participated in the contest in California.

While 17 teams worldwide attended for the contest, Vishnu was the only institute represented Andhra Pradesh. The Vishnu team received $2,000 cash rewards announced by firms Amazon Web Service and Microsoft Azure, he added.