Vote is your return gift to Chandrababu: Beeda 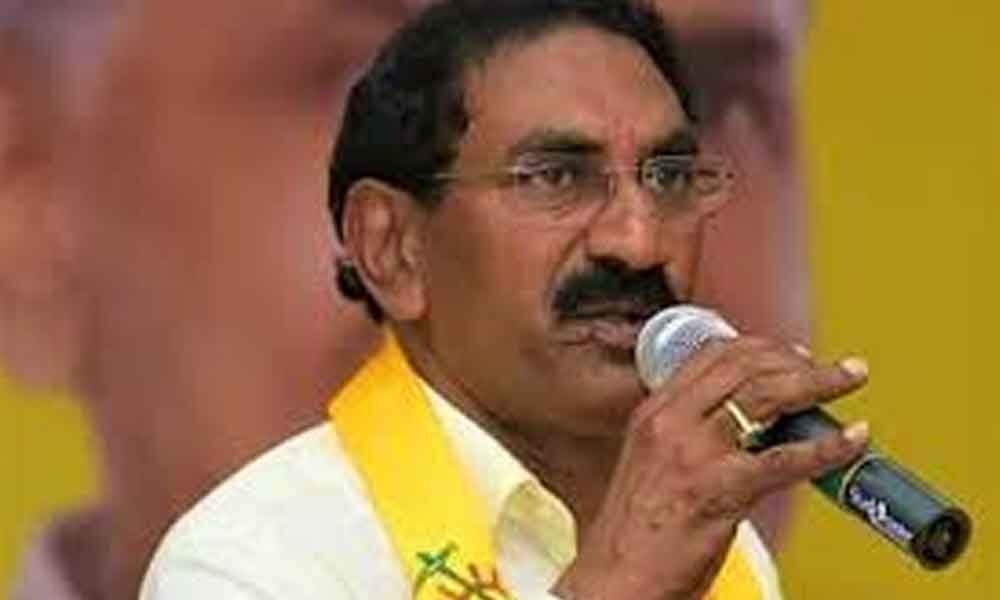 Beeda Mastan Rao, TDP candidate for Nellore Lok Sabha seat, said the State government is planning to store 140-150 tmcft of water in reservoirs keeping in view of future agriculture needs in the district.

Mastan Rao mentioned Chandrababu had done what he assured earlier and has been supporting people from all walks of life for their needs through various schemes.

The TDP nominee made an appeal to voters not to trust Adala Prabhakar Reddy, who is contesting on the YSRCP ticket, as he is trying to lure the people with false assurances. Chandrababu gave gifts to all communities for every festival, Rao said. It is the responsibility of voters to support him through their vote as return gift so that he can extend welfare schemes for five more years, he urged.

"Even though, Kavali is a convenient for me to contest, I obeyed directions of the TDP chief and contesting as candidate for Lok Sabha seat from Nellore," he stated.

The TDP leader slammed the opposition leader for colluding with Prime Minister Narendra Modi and Telangana Chief Minister K Chandrashekar Rao. He asked the voters to support him and Assembly candidate Bollineni Krishnaiah in the upcoming polls.