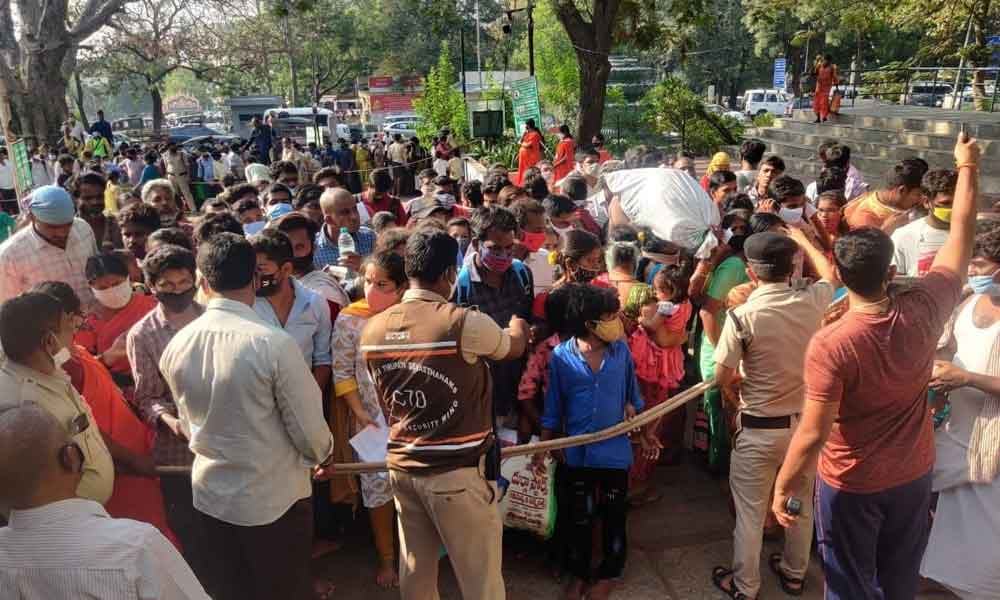 Tirupati: With the TTD reducing the daily issuance of offline SSD tokens for free darshan, the waiting time gradually increased forcing the pilgrim to ...

Tirupati: With the TTD reducing the daily issuance of offline SSD tokens for free darshan, the waiting time gradually increased forcing the pilgrim to wait two days for darshan.

On Saturday, the reduction in free darshan tokens which is now 15,000 coupled with the weekend rush saw the commencement issuing of tokens for April 5 after the token for April 4 was exhausted. The TTD is allowing darshan token holders to go to Tirumala, a day before the darshan.

The vigilance personnel, who intervened explained that only the devotees having a token for darshan on April 4 will be allowed to Tirumala and able to disperse the pilgrims' availed darshan token for April 5.

The TTD as a precautionary measure to check Covid, allowing pilgrims going to Tirumala by road from 1 pm on the previous day of darshan while for pilgrims going on foot through foot path from 9 am. This was to minimise pilgrim congregation on the hills.