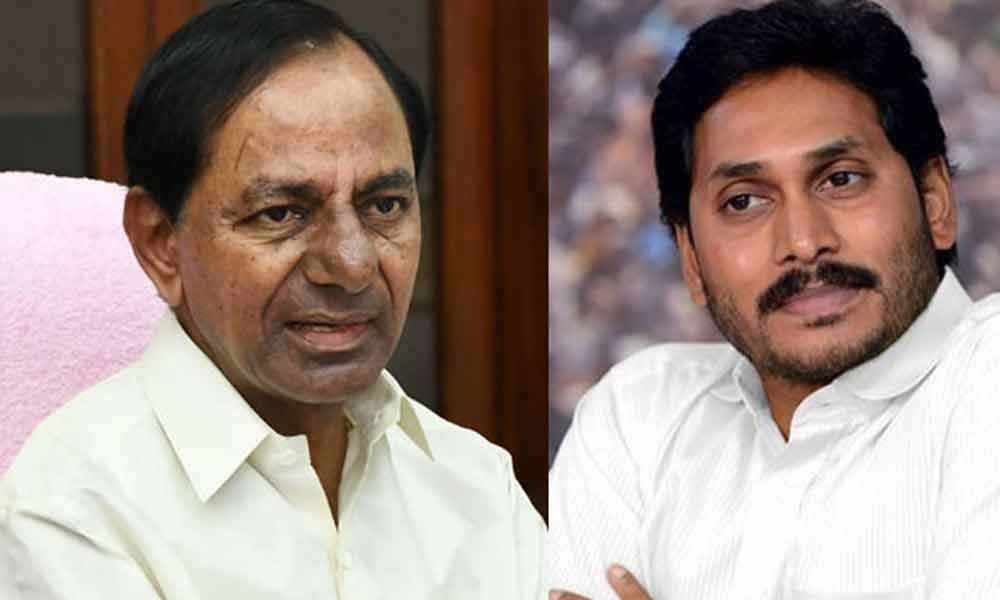 Vijayawada: The two Telugu States Andhra Pradesh and Telangana are likely to conduct joint review meetings soon to resolve the disputes between them on water sharing.

According to sources, there is a proposal to conduct review meeting to sort out the water disputes.

The two Chief Ministers K Chandrashekar Rao and Y S Jagan Mohan Reddy have taken a decision formally in this regard in their recent interactions. They have already informed it to senior officials of the Water Resources department to workout modalities.

The sources said that the talks will be held at two levels - Chief Ministers and senior officials of Water Resources departments. The meeting venue and names of participants would be finalised by the two States as early as possible.

Already the States have approached the legal forums on the allocation of waters and construction of reservoirs in Krishna basin and Godavari basin.

The two States have been lodging complaints against each other with Krishna River Management Board on water release and water utilisation for quite some time.

The two States made complaints against each other as they neglected the board instructions also.

The two States have also filed cases against the upstream States and against their illegal projects. AP Rytanga Samakya president Yerneni Nagendranath opined that the many disputes can be resolved if the two States work together on water sharing issues.