Y S Jagan Mohan Reddy assures to give Rs.15,000 to parents for sending children to school 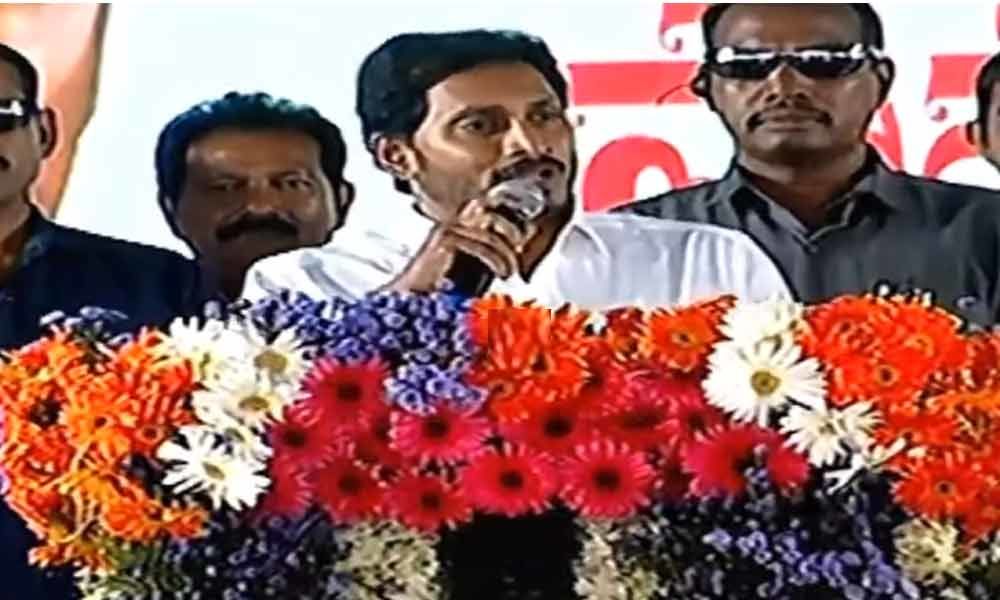 Guntur : Chief Minister Y S Jagan Mohan Reddy assured that he will give Rs.15,000 to the parents on January 26,for sending their children to the schools. He participated in the massive Aksharabhyam Programme in the Rajanna Badibata programme conducted in the Penumaka Zilla Parishad High School in the Tadepalli mandal of Guntur district on Friday.

Speaking on this occasion,he urged the parents to send their children to schools for their development. He wished every child should become doctor or engineer or IAS officer.

As many as 2000 children participated in the massive Askharabhysam.