Young boxer aims to get gold for India 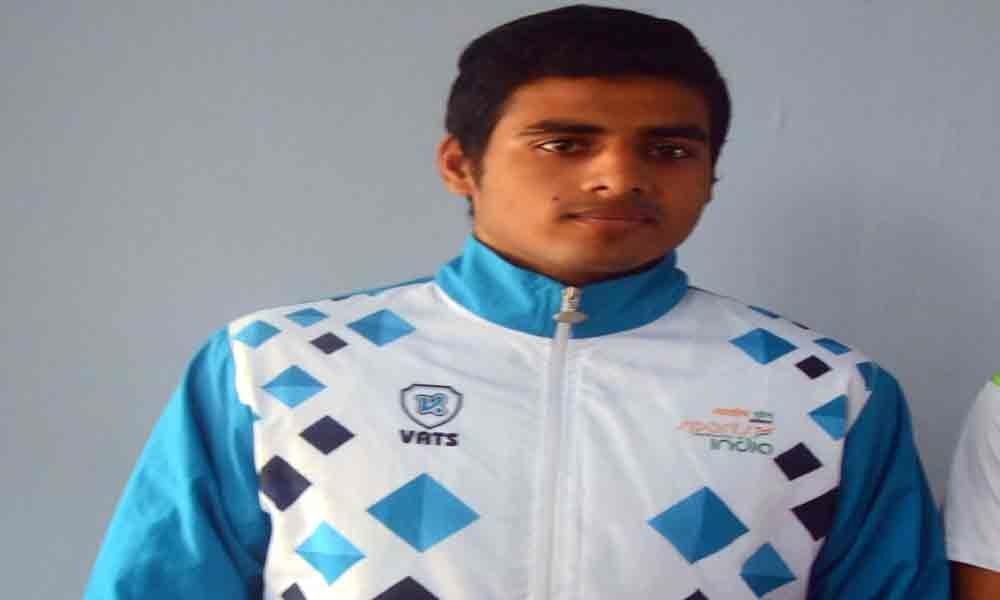 x
Young boxer aims to get gold for India
Highlights

Muhammed Wajahat Ali, a young boxer from Vijayawada excelled in the boxing arena in various State and National level championships and proved his mettle.

Vijayawada: Muhammed Wajahat Ali, a young boxer from Vijayawada excelled in the boxing arena in various State and National level championships and proved his mettle. The young boxer, who completed his intermediate, is trying to get selected for the National team and win medals for the country.

So far, Wajahat Ali won more than 10 medals in the state and national tournaments. He is one of the young talented boxers in the State and is dreaming of winning a medal for the country. He is participating in the under 19 teams and in the category of 69-to 75 kg.

Boxing is very challenging game and needs courage, stamina speed to defeat the opponents in the boxing ring. Wajahat Ali is undergoing training vigorously at the Sports Authority of India academy located in Visakhapatnam. The 18- year-old young boxer is honing his skills under the guidance and supervision of experienced coaches in Visakhapatnam.

Wajahat Ali started his boxing career in 2013-14 and been participating in various state and national boxing championships in different categories and age groups. He completed his schooling in Vijayawada and shifted to Vizag with only goal of winning medals for the country.

He won the Bronze medal in the National level boxing championship held in Gwalior Madhya Pradesh in 66-70 kg in under-17 category in 2016-17. He represented Andhra Pradesh team and won medals and participation certificates since 2013-14.

He got the participation certificates in the national champions held in Punjab, Delhi and Akola, Maharashtra between 2013 and 2018. 'I have been trying to win gold medals in the national competitions and my dream is to represent India and win medals for the country, Wajahat Ali, told The Hans India.

He won six gold medals in the state level championships held in various cities in AP. Sports Authority of Andhra Pradesh is conducting the competitions every year. Wajahat Ali participated in different categories from 66 to 70 to 69 to 75 under the category of under 17 to 19.

Boxers have to maintain diet and weight very accurately. If over weight of 100 grams will disqualify the boxers from taking part in the competitions. Wajahat Ali completed intermediate from AVN college, Visakhapatnam.

He shifted his home from Vijayawada to Vizag two years ago with only aim of getting selected to the national team and winning gold medal for India in the Asian championships, Asian games or Common wealth games. Hard work, coaching, guidance and support from the government and sports bodies play key role in achieving the success. Mostly importantly luck is also very important role for the boxers to prove their mettle.