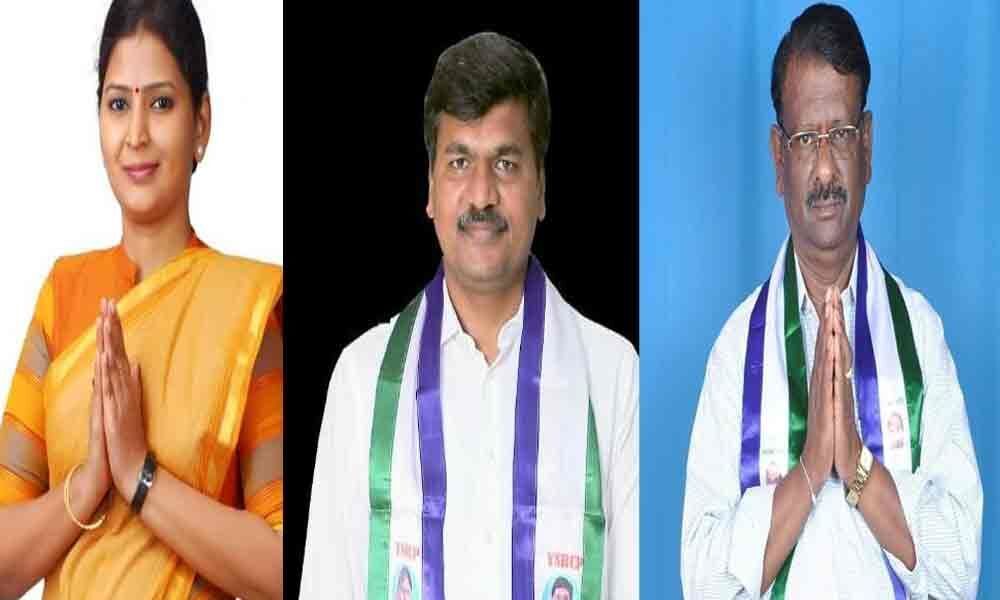 The YSRCP is leading in all the 13 Assembly segments and also in 2 MP constituencies including Anantapur and Hindupur.

Anantapur: With the exception of Hindupur Assembly segment in the district, the YSRCP is in the process of making a clean sweep by leading in 13 of the 14 Assembly constituencies and putting to an end the TDP hegemony in the favourite district of TDP founder NT Rama Rao and former Chief Minister Nara Chandrababu Naidu. The YSRCP is leading in all the 13 Assembly segments and also in 2 MP constituencies including Anantapur and Hindupur.

Right now, YSRCP Hindupur candidate Gorantla Madhav is leading over his nearest TDP rival and veteran leader Nimmala Kistappa, who is a 2-time MP. After the completion of voting, the majority is likely to further go up to more than 1 lakh votes. Similarly, YSRCP Anantapur MP candidate Talari Rangaiah, a novice to politics is leading over his TDP rival candidate JC Pawan Reddy by 80,000 votes. The victory margin is likely to further shoot up by the time the final round is completed.

Ironically powerful TDP ministers Paritala Sunitha and Kalava Srinivasulu and the son of the mighty JC Brothers, JC Ashmit Reddy is also washed off by the YSRCP avalanche. Even district TDP president BK Parthasaradhi, who knew no defeat ever since he represented Penukonda constituency after the death of Paritala Ravindra, also is trailing behind the YSRCP candidate Malagundla Sankaranarayana.

Anantapur district was the second district in the State to give second highest number of seats after West Godavari district by winning 12 of the 14 seats in 2014. The election results had shocked the TDP leaders and everybody suddenly became inaccessible and not available for comment.