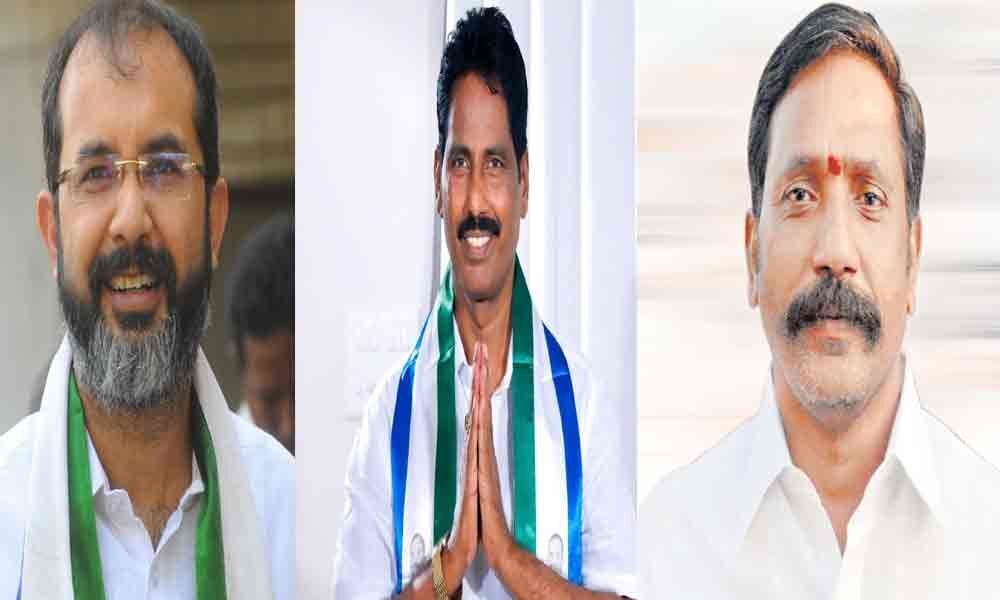 It is an incredible victory to the YSR Congress Party (YSRCP) as the party won 13 out of 14 Assembly and 2 Lok Sabha seats.

Kurnool: It is an incredible victory to the YSR Congress Party (YSRCP) as the party won 13 out of 14 Assembly and 2 Lok Sabha seats. The TDP district leaders expected Tikka Reddy from Mantralayam and TG Bharat from Kurnool will win the seats. As the counting has progressed, the party leaders lost hope of winning. Several YSRCP candidates, who had contested were novice.

Buggana Rajendranath Reddy has won for the second time by defeating his close rival KE Pratap in Dhone constituency. With the tremendous victory, the YSRCP cadre celebrated the occasion by taking out rallies and garlanding the statue of former Chief Minister YS Rajasekhara Reddy.