YSRCP leads at 13 seats in Chandrababu Naidu own district 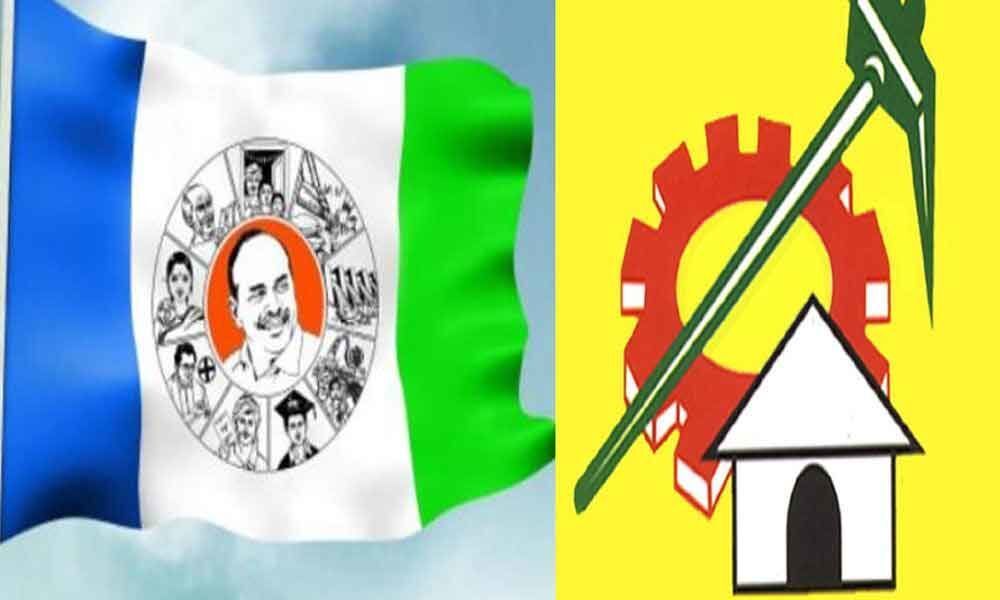 In so far counting of the votes, the YSRCP is leading in most of the constituencies across the state.

Amaravati: In so far counting of the votes, the YSRCP is leading in most of the constituencies across the state.

After the conclusion of the fourth round, the YSRCP fan speed has increased to the high majority and moving towards the clean sweep in few districts.

Its interesting to YSRCP is in the leading at TDP chief Chandrababu Naidu own Chittoor district.

After the third round, Chandrababu Naidu is leading with 1414 votes and YSRCP MLA candidate Chandramouli is in second place with 13318 votes.

YSRCP Nagari MLA candidate RK Roja is leading with 9607 votes after the conclusion of the third round.

YSRCP Puthalapattu MLA candidate KS Babu is leading with 5186 votes over TDP candidate Lalitha Kumari after the end of the third round.

At Palamaner Assembly segment TDP MLA candidate Amarnath Reddy is leading with 5080 votes, and YSRCP candidate is in the second place with 5033 votes.

The YSRCP Gangadhara Nellore MLA candidate Narayana Swamy is leading with 5593 votes, and TDP is in the second place.

Overall, in Chittoor district, there are 14 Assembly seats, where YSRCP leading at 13 seats and TDP is leading in one seat.