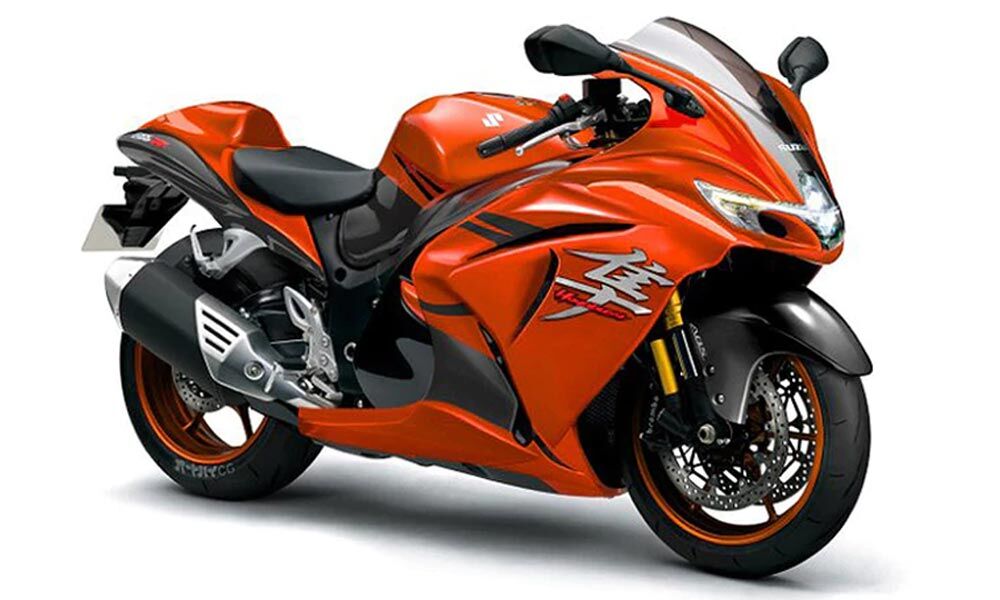 Recently, Suzuki India has put up a teaser of 2021 Suzuki Haybusa, on its official website as well as social media handles.

Recently, Suzuki India has put up a teaser of 2021 Suzuki Haybusa, on its official website as well as social media handles. According to the sources, the above bike would grace the Indian shores very soon, it could by the end of April. Even though official launch date has not been revealed by the company, dealers have started accepting unofficial booking for busa.

This bike enjoys a cult status across the world and in India; it became an instant hit, ever since it got featured in the famous bollywood movie "Dhoom". The Japanese brand has revealed its 3rd generation of the Peregrine Falcon. The entire nation has been awaiting for its arrival. It is all set to debut by this month end.

There is not much information about whether the manufacturer would launch the bike in an online event or will organize "Hayabusa Day to reveal the new bike. It would be a great sight to watch all Hayabusa Owners taking ride of the new 2021 model in the flesh. Definitely, the above gesture would be befitting welcome for the new Busa.

The fresh outbreak of the corona virus has definitely slowed down the entire process. The 1st lot of bikes, is most likely to be CBUs, it would be delivered by end of May or by Early June, according to the sources. However the subsequent lots might be CKD units, due to the pandemic, it might affect the working capacity hence further delay may happen.

Initially, the Price of New 2021 Suzuki Hayabusa is expected nearing to Rs.20 Lakh(ex-showroom). If the brand is able to bring it as CKD unit from the get-go, the price might be a tad lower. Even though, Busa does not have direct rival, however, due to its price, it would compete against Kawasaki Z H2 and BMW S 1000 R R.