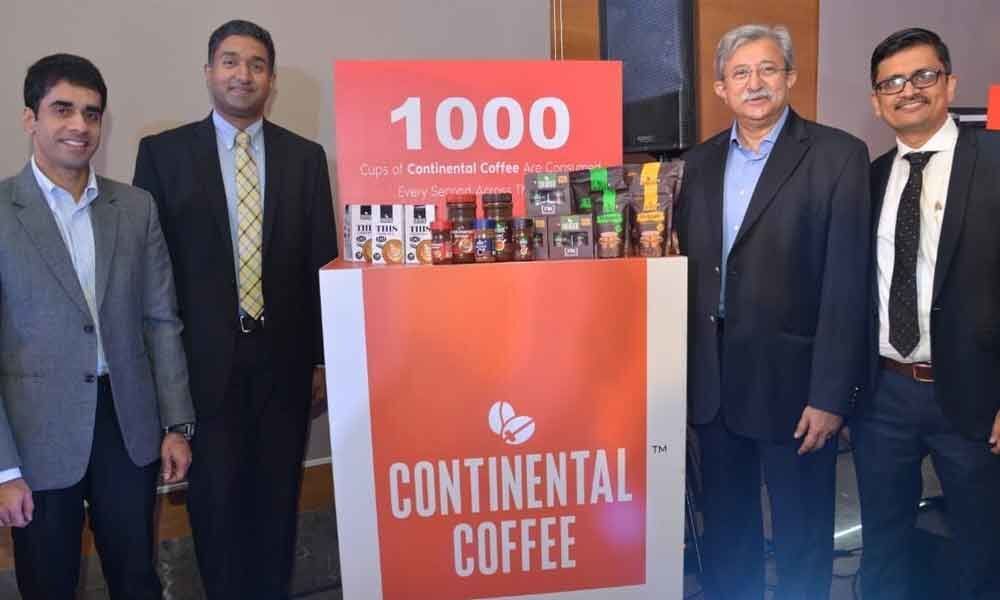 Hyderabad: City-based CCL Products (formerly Continental Coffee Limited), a pioneer in exports of coffee to over 80 countries for the past decades, has now set its eyes on the fast-growing coffee market in India which, it believes, offer growth potential.

The company on Tuesday showcased three varieties of instant coffee, two types of filter coffee and one product of premix coffee which it launched in the Indian market a few months ago.

"Our Indian coffee is being consumed in over 80 countries. We strongly feel that it's right time to launch our products in the Indian market.

We are making a small beginning. Given our expertise in this space and the kind of blends we offer, we are confident that we will make a mark in the India market too," Challa Rajendra Prasad, Executive Chairman, CCL Products, told the media here.

Founded in early 1990s, CCL Products started its operations with a modest production capacity of 1,500 tonnes per annum. At present, the company has a coffee manufacturing capacity of 35,000 tonnes, with its plants located at Duggirala in Guntur district of Andhra Pradesh, Switzerland and Vietnam.

It recently commissioned a plant in Kuvvakolli in Chittoor district. It offers more than 1,000 blends for customers.

Around 15,000 tonnes of instant coffee is consumed in India annually, with South Indian market accounting for major chunk. The filter coffee market, also popular in South, is estimated at Rs 500 crore.

"Starting with Southern markets as almost 75 per cent of coffee consumption happens here, CCL plans to expand pan-India by 2021. At present, Indian business is contributing around seven per cent of our revenues.

We are aiming at increasing this to 15 per cent in the next two years," said Challa Srishant, company's Managing Director.

The company, which closed last financial year with a total top line of Rs 1,084 crore, is aiming at combined annual growth rate (CAGR) of 15-20 per cent.

On capacity expansion, he said the company would invest $20 million to expand capacity of its Vietnam plant and set up an agglomeration and packing facility in Andhra Pradesh this financial year.

While the capacity of Vietnam plant will be enhanced from 10,000 tonnes to 13,500 tonnes per annum, the agglomeration and packing unit to come up at Chittoor will have a capacity of 5,000 tonnes.

The investment will be made from internal accruals during the current financial year while operations would begin next year.

The company, listed on BSE and NSE, claims to be the world's largest private label instant coffee manufacturer.

It signed up film actress Nithya Menen as brand ambassador.