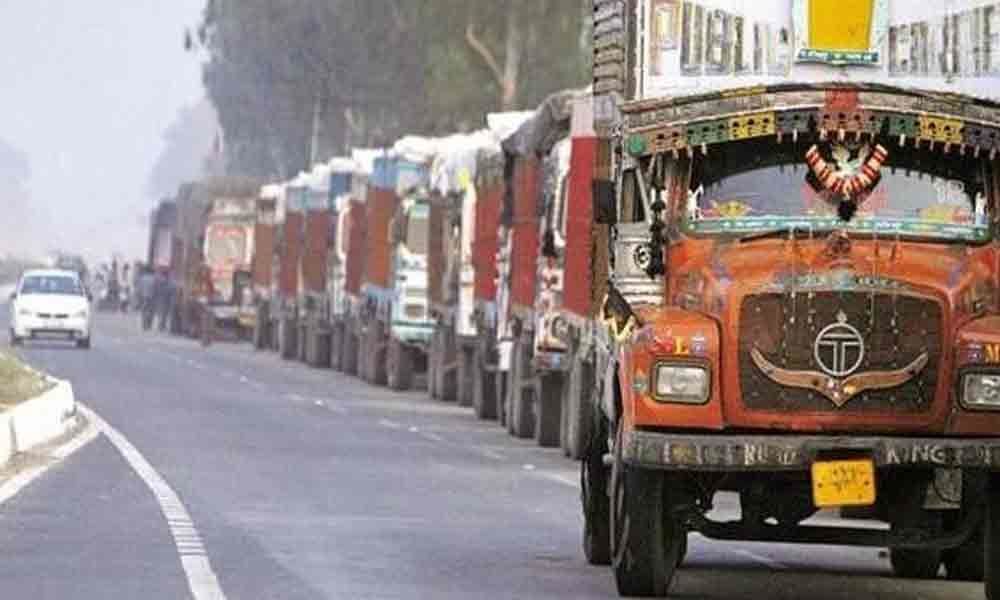 New Delhi: Non-filers of GST returns for two straight months will be barred from generating e-way bills for transporting goods effective June 21, the finance ministry said. Businesses under GST composition scheme, however, will be barred from generating e-way bill if they fail to file tax returns for two consecutive filing periods, which is six months.

The Central Board of Indirect Taxes and Customs (CBIC) has notified June 21, 2019, as the day from which any "consignor, consignee, transporter, e-commerce operator or courier agency" would be barred from generating electronic way or e-way bill for failure to file tax returns for the stipulated time period as mentioned in the GST rules.

The Goods and Services Tax Network (GSTN) has put in place the IT system so that businesses which have not filed tax returns for the stipulated period would be barred from generating e-way bills. The move, officials believe, would help check GST evasion. During April-December, there were 3,626 cases of GST evasion/violations, involving Rs 15,278 crore. Touted as an anti-evasion measure, e-way bill system was rolled out on April 1, 2018, for moving goods worth over Rs 50,000 from one state to another.

The same for intra or within the state movement was rolled out in a phased manner from April 15. Transporters of goods worth over Rs 50,000 would be required to present e-way bill during transit to a GST inspector, if asked. With almost two years into GST implementation, the government is now focusing on anti-evasion measures to shore up revenue and increase compliance.

AMRG & Associates Partner Rajat Mohan said with this suppliers, transporters and e-commerce operators would be forced not to sell or transport goods to non-filers. "E-commerce, logistics, FMCG companies, and businesses working on the franchise model, would have to immediately develop and implement an automated workflow whereby defaulting business partners are moved out from the supply chain on real-time basis," Mohan said.