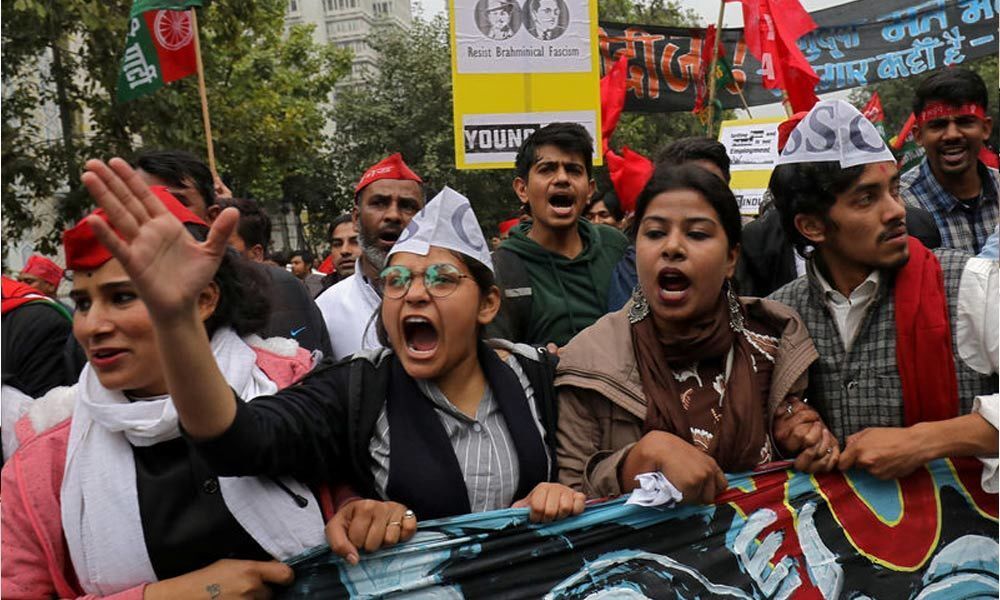 Santosh Gurav gained a bachelor’s degree in technology from a mid-tier college in western India last year, specialising in electrical engineering and hoping to land a job in industrial automation.

CHINCHWAD, India: Santosh Gurav gained a bachelor's degree in technology from a mid-tier college in western India last year, specialising in electrical engineering and hoping to land a job in industrial automation.

"I haven't even started repaying my education loan," said Gurav, referring to the nearly $4,000 he'd borrowed for his undergraduate study.

He is one of hundreds of thousands of engineers - studying everything from computer code to civil engineering - that India's education system churns out each year, many with large loans and little prospect of finding a job in their field.

They highlight Prime Minister Narendra Modi's difficulty in fulfilling a promise he made weeks after coming to power in 2014: creating millions of jobs by boosting manufacturing under a flagship 'Make in India' project launched with much fanfare.

"Come, Make in India, we will say to the world, from electrical to electronics," Modi said in his maiden Independence Day speech as prime minister, pledging to create up to 100 million new jobs by 2022.

NO ECHOES OF CHINA BOOM

Four years on, the programme's impact on job creation is unclear and growth in the manufacturing sector has been sluggish, partly due to a lack of land and labour reform.

India's unemployment rate rose to 7.2 percent last month, up from 5.9 percent in February 2018, according to data compiled by the Centre for Monitoring Indian Economy (CMIE) think tank. The figures are more recent than government data and many economists regard them as more credible.

The data, which is an estimate based on household surveys, shows 31.2 million people were actively looking for jobs in February this year, said Mahesh Vyas, the CMIE managing director. It did not have a breakup for engineering or technology graduates.

With more than half of India's population under 25 years of age, critics say the votes of jobless youth could hurt Modi's chances of securing a second term in the upcoming general election to be held in April-May.

The increasing use of automation in industry, the massive number of young Indians coming onto the job market, and the regulatory hurdles that companies still face if they want to set up shop in India, are all big issues for those without work.

The manufacturing boom that helped China in the past 40 years will not wash up on India's shores. Companies can no longer afford to just rely on cheap labour: they need skilled labour and better infrastructure to drive technological innovations and increase productivity.

Employers often complain about the lack of skilled engineering and technology graduates, said Varun Aggarwal, an electrical engineer and co-founder of the skills assessment firm Aspiring Minds. Its surveys show over 80 percent of the engineers India produces are not employable. The employability has not improved in seven years, Aggarwal said.

"The numbers have just not budged," he said. "Many can't even write basic code."

"We need to start there, at the beginning of the education system," said Aggarwal.

The IT industry had long been seen as a gateway to the middle class in India, but a move to robotics and artificial intelligence has replaced some positions. The business process outsourcing industry – seen as a stable provider of "offshore" jobs – added the least number of employees in seven years in 2017-18 (April-March), according to the trade body Nasscom.

At a recent job fair organised by a college in the town of Chinchwad in western India, Gurav was among hundreds queued up to apply, including dozens of engineers, even though most companies were hiring for marketing and finance positions.

Many came from rural areas where they studied in regional languages, and lacked strong English skills – another gap that recruiters say India's education system needs to address.

Ankush Karwade, 22, who travelled 80 miles (130 km) to reach the fair, said his father was a farmer and the family couldn't fund him to earn an undergraduate degree. He did a shorter and cheaper diploma course in engineering.

"I watch some English movies and read the newspapers to improve, but most employers want graduates," he said. "They (also) want English speaking skills, which I don't have."

Gayatri, a 24-year-old woman who goes by one name, gained a master's degree in engineering four months ago, under pressure from her parents. She said she had wanted to continue her education in Indian classical music.

"My father wanted me to do engineering, so I did it. Now there are no jobs," she said. A company at the fair offered her a customer service position that would pay about $140 a month.

"Can you believe it?" she said. "I didn't get this degree to sit at a call centre."

Jobless engineers are not a new problem and "miniscule" in comparison to the millions of farmers dissatisfied over weak crop prices, said Himanshu, an associate professor of economics at the Jawaharlal Nehru University who also uses one name.

Still, they represent a lot of untapped potential.

Fixing household appliances is not what Gurav expected to do as a graduate. "I could find work at a call centre, but it's not what I want to do," he said. He may soon be forced to reconsider though as his father is due to retire next year and the family will need the money.

For now, Gurav plans to continue to do the repairwork – but is too ashamed to tell his friends about it, he said, and refused to be photographed at the shop.

"If people see me working there they might think I'm unskilled. But I have skills. I am passionate about this field."