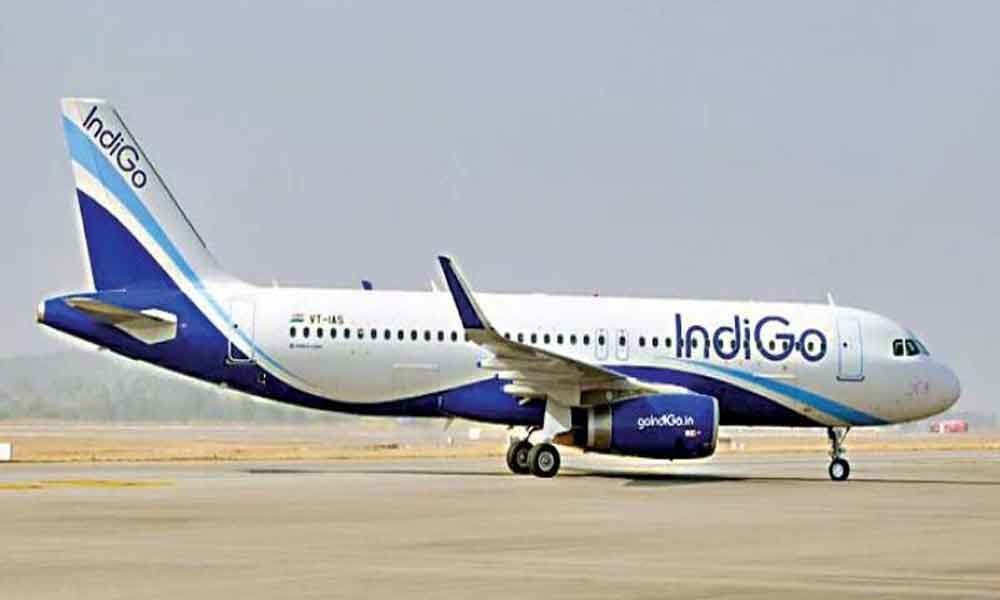 InterGlobe’s profit for the quarter rose to 5.9 billion rupees (USD 84.9 million) from 1.18 billion a year earlier.

IndiGo, the country's largest airline by market share, gained passengers in recent months after Jet Airways shut down operations in April, having been forced to ground its fleet since early this year.

"Jet Airways' cessation of service helped our performance in the last week of February and the whole of March," Dutta said.

Interglobe shares set a record closing high, up 2.5 per cent at 1,662.15 rupees in a broader Mumbai market which ended up 0.7 per cent.

Dutta said the shutdown at Jet increased revenue per available seat kilometre by between 3 per cent and 4 per cent. That number, a measure of the carrier's operating earnings, rose 5.9 per cent in total to 3.63 rupees in January through March.

Jet's troubles have allowed IndiGo and other carriers such as SpiceJet to raise prices on some routes, offsetting some of the losses they faced last fiscal year because of high fuel prices and intense competition.

IndiGo's passenger yield, a measure of airfares, rose 12 per cent during the quarter.

CEO Dutta said Jet's grounding helped IndiGo raise fares, but it will see the boost ease by June except in some international markets. "By and large international routes are doing well. We are happy with the utilisation and profitability," he said.

Available seat kilometres, a measure of the airline's passenger carrying capacity, is expected to rise 30 per cent in the current fiscal year, with half of that in the domestic market and the other half in international, Dutta said.

The airline said that while it is studying the use of wide-body planes on international routes, it does not plan to place an order imminently. It will, however, take deliveries of 53 narrow-body Airbus planes and 11 ATR turboprops in the current fiscal year.

IndiGo has also seen significant improvements over the past year in the performance of engines made by Pratt & Whitney (part of United Technologies), troubles with which had forced it to ground planes in the past, Wolfgang Prock-Schauer, the airline's president and chief operating officer, said on the call.

"For most of the issues resolutions have been found and implemented," Prock-Schauer said, adding the group is working with Pratt on two areas, one of which is expected to be fixed in engines to be delivered from June and the other by September.

Until then the airline has sufficient spare engines, he said.

InterGlobe's profit for the quarter rose to 5.9 billion rupees (USD 84.9 million) from 1.18 billion a year earlier.