How about making your own petrol fuel at home 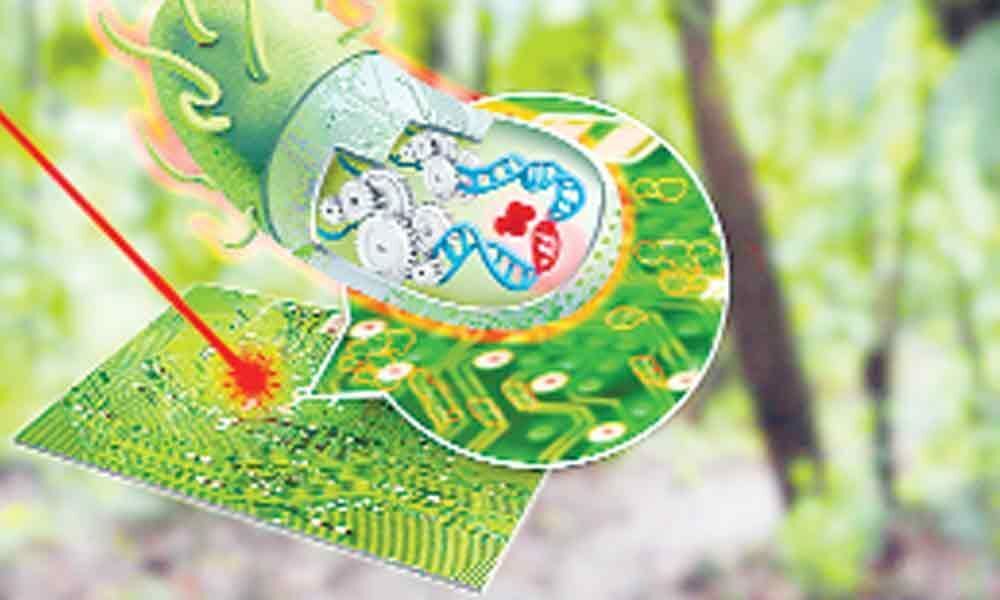 Imagine, we can programme bacteria to report the presence of heavy metals or toxins in your drinking water. Or for that matter, we will be in a position to recreate life from non-living components.

Or we could fill our petrol tank with homemade fuel from grass clippings. I am not talking about some sci-fi movie. These are things that are happening in today's scientific world.

There is a new and emerging science called Synthetic Biology or SynBio in short.

Synthetic Biology is the science of artificial design and engineering of biological systems and living organisms in order to improve industry applications or biological research.

At the core of it, SynBio is about making DNA from scratch, starting from individual molecules to cells to tissues and up to entire organisms.

The essence of the exercise is to design and build brand-new biological systems that will manufacture new materials, solve problems and eliminate diseases.

For instance, in his Berkeley lab, Jay Keasling figured out how to programme baker's yeast to produce a chemical that helps in the manufacturing of a better and stronger drug to treat malaria.

A pharma company has licensed this technology and is getting ready to handle 100 million new malaria patients.

Recently, in May 2019, researchers have created a new synthetic life form, a bacteria called Escherichia coli, which has the least number of DNA codons.

It is considered a breakthrough creation, opening up doors to creating life forms which can be programmed to do specific activities.

A biosensor is an engineered bacterium, that can report the presence of toxins or heavy metals, for example.

One such sensor consisted of a glowing bacterial coating on a computer chip to detect some petroleum pollutants. When the bacteria sense the contaminant, they glow.

One more example of a similar mechanism is landmine detection by one such engineered E.coli bacteria. These modified organisms can sense the signals in the environment.

A biological computer is an engineered biological system that operates like a computer. It is built by classifying several organisms as logic gates like in a silicon chip of a computer.

The researchers proved that bacteria could be engineered to perform both analog and digital computation. In 2007, they were able to demonstrate that the human cell operates a universal logic evaluator.

Scientists, later, used this paradigm to test a concept that can detect and kill human cancer cells.

Work is also being done on applying principles of computer engineering on bacterial cells by using Boolean logic and arithmetic.

Bacteria such as Bifidobacterium and Clostridium have been used in cancer treatment for some time now.

They smartly colonize tumours and reduce their size without hurting the surrounding areas.

Synthetic biologists have been able to programme the bacteria to deliver the healing molecule directly to the tumour by being able to sense the cancer state.

This faculty of science will change the way we create energy, produce food, optimize industrial processing, and detect, prevent, and cure disease.

Through science and engineering, SynBio enables researchers to study, alter, create, and re-create highly complex pathways, DNA sequences, genes, and natural biological systems, to understand and answer some of the most challenging questions of life.