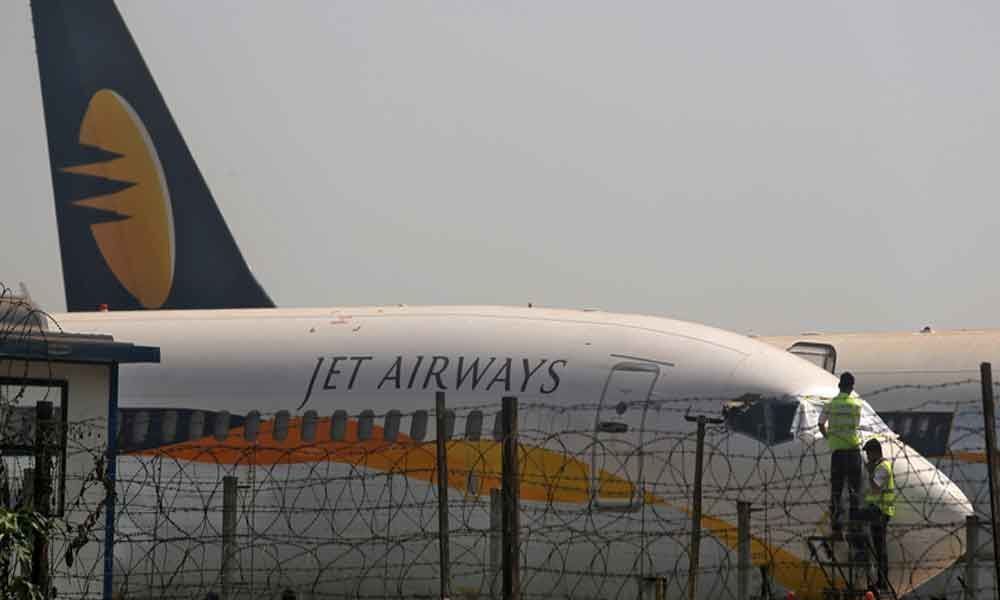 Bankers and an Indian govt official said lenders are trying to line up funds to keep aloft the once-dominant Indian airline.

Mumbai: Jet Airways Ltd will be forced to shut down as soon as on Wednesday if it does not get emergency funding from its lenders, two sources familiar with the matter said on Tuesday.

Bankers and an Indian government official said lenders are trying to line up funds to keep aloft the once-dominant Indian airline, whose shares earlier on Tuesday slumped to their lowest levels since August 2015.

Another source said Jet's board had authorized its chief executive Vinay Dube to go back to its main lender State Bank of India (SBI) one last time to plead for emergency funds.

"If we don't get funds today, the airline will have to shut down immediately," a senior company source told Reuters.

Jet, which did not respond to requests for comment, saw its shares fall by as much as 18.5 per cent on Tuesday after Indian media reported that Jet's management had advised the airline's board to temporarily suspend the company's operations.

In a regulatory filing late on Tuesday, Jet said: "In view of the critical liquidity position of the company, its operations have been severely impacted." The carrier said it was awaiting "emergency liquidity support" from its lenders.

Dube, in a letter to employees late on Tuesday that was seen by Reuters, said Jet has stressed to its lenders the need for urgent funding, critical to the continuation of its operations.

Earlier on Tuesday, Indian business channel BTVI said Jet's board had authorized Dube to seek a minimum of 4 billion rupees (USD 58 million) in interim funding, and had advised him to ground the airline if no funds materialized.

Separately, ET Now reported that the Export–Import Bank of the United States (EXIM) had recalled all loans to Jet and was seeking to repossess all the planes it funded.

EXIM did not respond to a request for comment.

Jet, which has around USD 1.2 billion in bank debt, has been teetering for weeks after failing to receive a stop-gap loan of about USD 217 million as part of a rescue deal in late March.

Jet, which also owes lessors, suppliers, pilots and oil companies, has been haemorrhaging planes in recent weeks as its lessors have scrambled to de-register and take back aircraft even as Jet's lenders have sought expressions of interest from investors interested in turning it around.

Jet's creditors, led by SBI, want a new investor to acquire a stake of up to 75 percent and initial expressions of interest were submitted last week.

"Lenders are committed to a revival plan for Jet Airways," Punjab National Bank's Managing Director Sunil Mehta said. "SBI is working on the emergency funding, everything is under discussion, nothing is finalised."

Mehta's comments come after Jet informed all employees in a letter on Monday it was extending a suspension of international flights until Thursday due to a lack of funds.

Separately, an Indian government official said funding was likely to come through and that the banks were not looking to take Jet to bankruptcy court.

India's aviation secretary told media late on Tuesday that Jet had only five aircraft flying on the day and that 90 percent of its slots stood vacant.

A year ago Jet had more than 120 planes operating, but the full-service airline has been hit by competition from low-cost carriers such as IndiGo and SpiceJet, along with high oil prices, fuel taxes and a weak rupee.

Once de-registered, lessors are free to take a plane out of the country and lease it to other airlines. More than two dozen Jet-operated planes have been de-registered this month, and Jet has been forced to ground dozens more over unpaid dues.

As of 1415 GMT on Tuesday, Jet listed on its website roughly three dozen flights that it plans to operate on Wednesday.