Nirav Modi's family bank account to be freezed in Singapore 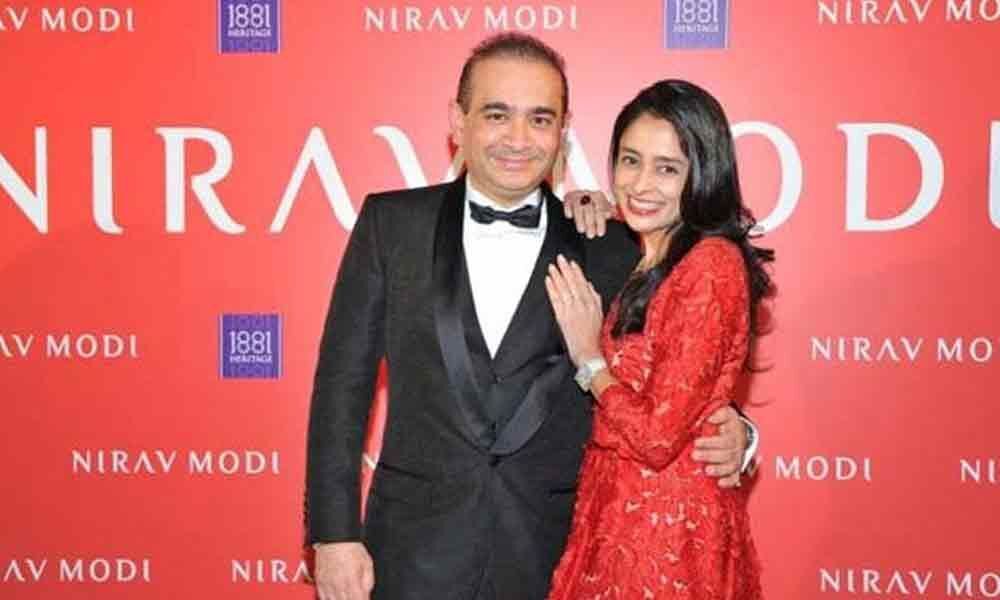 The bank account with deposits worth Rs 44.41 crore is in the name of Pavillion Point Corporation, owned by Nirav Modi's sister and brother-in-law

New Delhi: The Singapore High Court has ordered freezing of bank deposits worth Rs 44.41 crore, kept in that country by PNB fraud accused Nirav Modi's sister and brother-in-law, as part of a money laundering probe in India, the ED said on Tuesday.

The agency said the bank account is in the name of Pavillion Point Corporation based in the British Virgin Islands, a company that is "beneficially owned" by Purvi Modi and Maiank Mehta.

The couple are the sister and brother-in-law of Nirav Modi, who is currently under arrest in this alleged bank fraud case in London from where India is seeking his extradition.

The high court has put a freeze on deposits of $6.122 million (Rs 44.41 crore) following Enforcement Directorate's (ED) request on the ground that the money was "proceeds of crime" illegally siphoned off by Nirav Modi from the Punjab National Bank (PNB), it said in a statement. It was, however, not known immediately when the order was given by the court.

The latest order comes a week after four Swiss bank accounts, holding deposits of Rs 283.16 crore, of Nirav Modi and Purvi Modi were similarly "frozen" by authorities in Switzerland as part of this case.

The agency had attached this bank account in Singapore as part of a provisional order issued under the Prevention of Money Laundering Act (PMLA) last year in September, along with the four Swiss bank accounts, and that order was confirmed by the Adjudicating Authority of the law in March this year. The five overseas accounts then, as per the ED, had Rs 278 crore in deposits.

The ED, official sources said, subsequently made a request to Singaporean authorities to freeze the account and had sent official documents of the attachment order to be perused by the officials and the high court of that country.

In Singapore, the high court "exercises original and appellate jurisdiction in civil and criminal cases and it hears cases in the first instance as well as cases on appeal from the state courts".

The apex legal forum in that country is the Supreme Court, that consists of the high court and the court of appeal, and it hears both criminal and civil cases.

The ED, along with the CBI, is investigating Nirav Modi, his uncle Mehul Choksi and others for alleged money laundering and corruption to defraud the Brady House branch of the PNB in Mumbai to the tune of over Rs 13,000 crore.