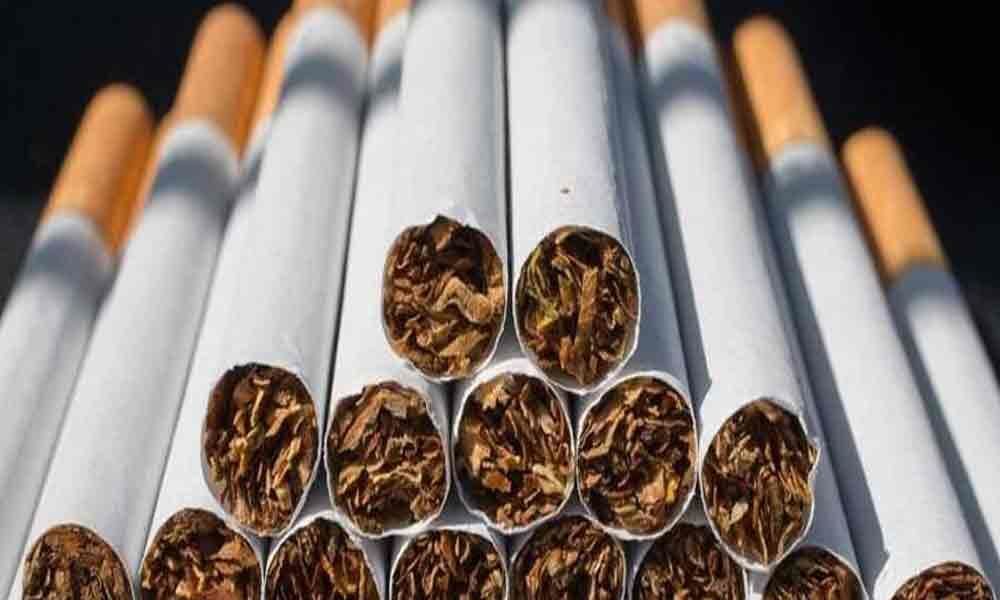 In its latest study on the economic aspect of tobacco, industry chamber Assocham has found that the sector contributes a whopping Rs 11,79,498 crore to Indian economy and employs an estimated 4.57 crore people.

Guwahati: In its latest study on the economic aspect of tobacco, industry chamber Assocham has found that the sector contributes a whopping Rs 11,79,498 crore to Indian economy and employs an estimated 4.57 crore people.

Conducted by the Thought Arbitrage Research Institute (TARI) on behalf of the Assocham, the study said the figures were arrived at by measuring the total cumulative intrinsic economic value generated by the sector over the years. The study, however, did not consider other areas of the tobacco sector such as health issues.

"Tobacco sector was chosen as the subject of the study because of its spread right from the farms to the local and the international markets. It cuts across a diverse set of constituents across its entire value chain," Assocham said.

The tobacco sector is ranged from farmers, who are involved in its cultivation, along with farm workers and labourers, processing units, transporters, trade channel, manufacturing units, brand owners as well as to the exports operations, the chamber said.

"It has been well known that about 45.7 million people in India depend on the tobacco sector for their livelihoods. It comprises six million farmers, 20 million farm labours, four million leaf pluckers, 8.5 million workers in processing, manufacturing and exports and 7.2 million workers in retailing and trading," the study said.

Tobacco contributes a major percentage of the total value of commercial crops in India generating huge socio- economic benefits in terms of agricultural employment, farm incomes, revenue generation and foreign exchange earnings. "There is established data that India is a leading tobacco exporter with exports of leaf tobacco and tobacco products contributing around Rs 6,000 crore annually in terms of foreign exchange to the government."

"Out of the total net exports, the non-manufactured tobacco has a significant share amounting to Rs 4,173 crore and the balance of around Rs 1,830 crore includes tobacco products like cigars, cheroots, cigarillos and cigarettes," the report said. India produces tobaccos of different grades and types for various end users, providing a one-stop shop for different styles, qualities and price ranges for global customers.

The Assocham study said, "India accounts for five per cent value share of the $12 billion global tobacco leaf export trade." Indian tobaccos are exported to over 100 countries. On the farming conditions, the report said tobacco is produced in the worst farming belts of the country with poor soil quality unfit to grow many other crops.

"Tobacco growing is highly labour intensive, yet remunerative compared to food crops. It can grow on soil of poor fertility and can withstand variations in weather conditions better than other crops, especially in the states of Andhra Pradesh, Karnataka and Gujarat," it added.

TARI Director Kshama V Kaushik said for the first time the economic contribution made by the tobacco sector to India's economy has been quantified. "While doing this, the benefits accrued to all the stakeholders in the value chain have been taken into consideration. The cascading effects of the socio-economic benefits of the tobacco industry on other sectors of the economy have been overlooked by the studies which were done so far," the Director claimed.

The previous studies also did not assess the compounding effect of tobacco sector on livelihoods of people, who indirectly earn, such as people engaged in packaging, warehousing, flavour and fragrance, paper, jute, mentha, areca nut, transporters along with input industries like fertilisers and pesticides, the report said.