Chulbul Panday Is Back, Dabangg 3 Gets A Release Date 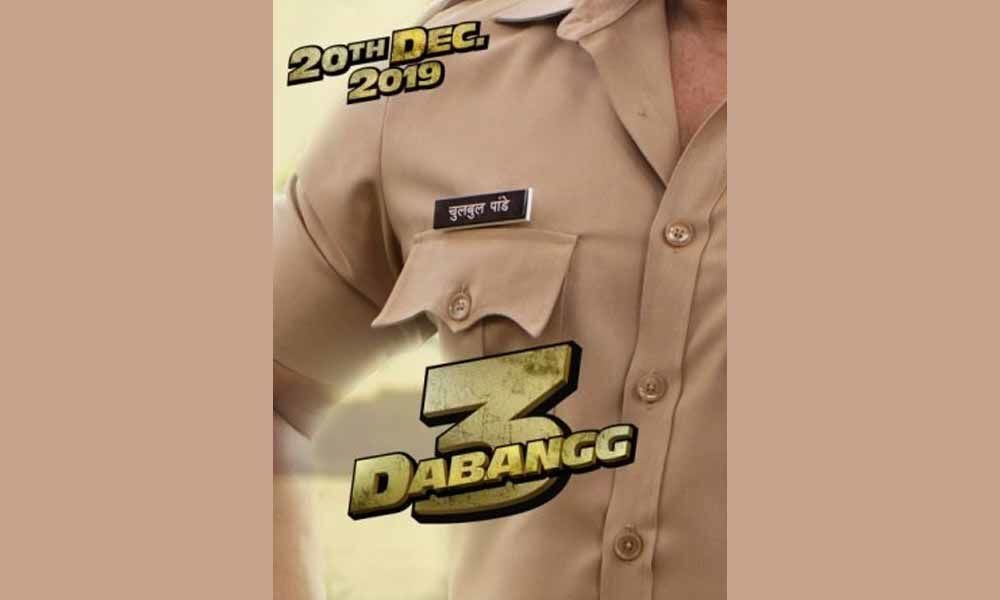 Year 2019 will be a treat for Salman Khan Fans; the actor will be seen in two massive movies – Bharat and now Dabangg 3.

Year 2019 will be a treat for Salman Khan Fans; the actor will be seen in two massive movies – Bharat and now Dabangg 3. The actor has announced the official release date of third Dabangg movie along with a poster.

Salman Khan's Dabangg 3 is set to hit the theatres on 20th December, 2019. The Dabangg franchise, which has been a favourite for all action flick lovers, will get its third installment this year.

The filming for this Prabhudeva directorial began last month in Indore, Madhya Pradesh by shooting a song. Some footage from the video song leaked on the social media which showed Salman Khan in his iconic character Chulbul Pandey. His onscreen wife Rajjo aka Sonakshi Sinha also joined the team in MP. The actress is reprising her role as female protagonist in this third instalment.

The film marks the second collaboration of Salman and the director Prabhudeva. The two have previously worked together in Wanted.

This is the third film in the Dabangg series. The movie is being produced under the banner of Salman Khan Films and Arbaaz Khan Production.

As for Bharat, the film is an official remake of Korean drama, Ode To My Father, the Hindi remake is helmed by Ali Abbas Zafar, also starring Katrina Kaif, Disha Patani and Tabu.

The film hits the cinema hall on Eid.