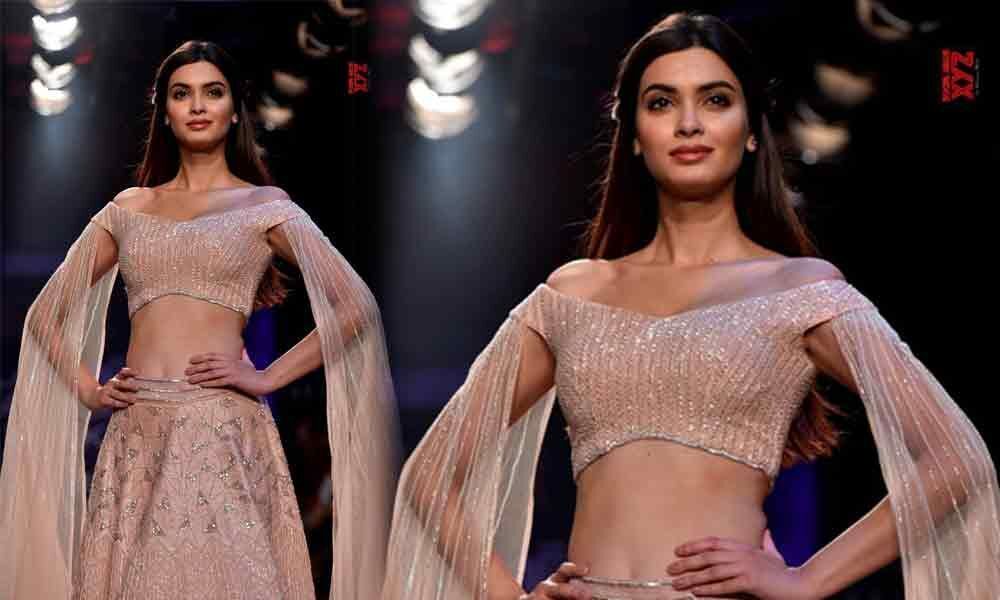 Bollywood actress Diana Penty made a sparkling debut with a glittery gold ensemble at the 72nd Cannes Film Festival.

Bollywood actress Diana Penty made a sparkling debut with a glittery gold ensemble at the 72nd Cannes Film Festival.

Diana, who is a part of the film gala as part of an association with vodka brand Grey Goose, paired the dress with embellished sheer golden knee-length heeled boots by the same designer.

The 33-year-old actress attended the grand Chopard party with nude make-up and lips. She completed her look with sleek middle-parted hair.

Apart from Diana and actress Kangana Ranaut, Huma Qureshi will be seen at the Cannes red carpet for the brand this year.

Diana began her modelling career in 2005. She made her acting debut in 2012 with the romantic-comedy film 'Cocktail', and later featured in films like 'Happy Bhag Jayegi', 'Lucknow Central', 'Parmanu - The Story of Pokhran' and 'Happy Phir Bhag Jayegi'.