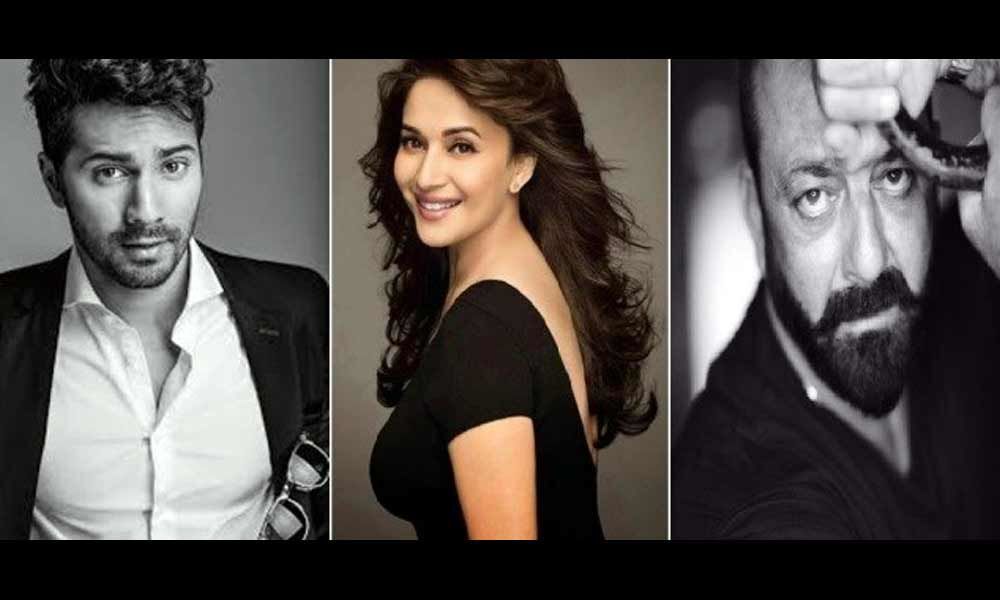 Actor Varun Dhawan says that Kalank boasts an impressive ensemble, which includes many names but veterans Madhuri Dixit and Sanjay Dutt are the...

Actor Varun Dhawan says that Kalank boasts an impressive ensemble, which includes many names but veterans Madhuri Dixit and Sanjay Dutt are the pillars of the film.

Talking about challenging multi-starrer film, Varun said, "The special thing about this film is that the director of the film, Abhishek Varman, it is his second film and he is a very young director, who has tried to make such a massive movie. The cast of the film, including four of us, (Varun, Alia, Aditya, Sonakshi) along with Madhuri Dixit And Sanjay Dutt, who are the pillars of this film"

"See we four are pretty much the young actors and I don't think, anyone of us (Varun, Alia, Aditya, Sonakshi) are superstar as such, and I think it is the biggest films our careers, in terms of Budget and scale, so as actors, this is like pressure on our shoulders that we have to deliver now, and we can show that we can be part of Magnus opus, and we can deliver with a young director and audience can accept that. And let me tell you, the hero of the film is always the director, because it is his vision, Abhishek is not very talkative but let me assure you, after Kalank, everyone will know that name" added Varun.

Varun Dhawan has delivered hits after hits, ranging from romantic dramas to action thriller, and the actor says that every film has its responsibility.

Varun also added that support and appreciation from the Industry is important but he would like audiences to love the film.

He said, "Kalank is a film, where more than the Industry, we want people to like it, see Industry is obviously is important, but we have made such a huge film only for audience, from India and overseas, and I have a lot of hopes that people across the globe love the film"