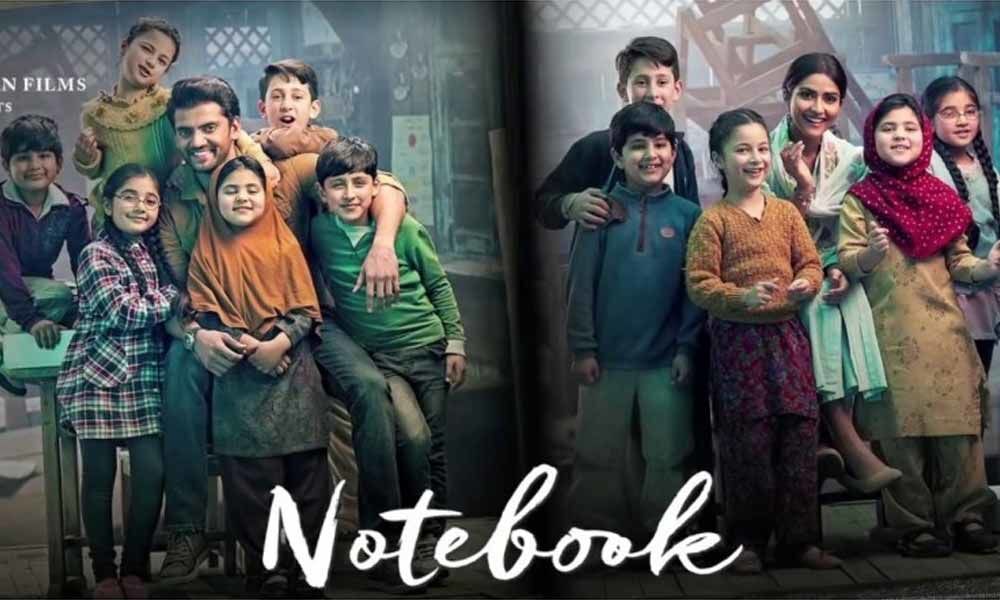 Notebook is a debut bandwagon for Zaheer Iqbal and Pranutan Bahl and the film is a remake of 2014 film Thai Film Teacher's Diary.

Notebook is a debut bandwagon for Zaheer Iqbal and Pranutan Bahl and the film is a remake of 2014 film Thai Film Teacher's Diary.

The movie is shot beautifully, there are so much of vistas, green, clouds and sheer natural surroundings in the film, it does sort of looks like an elaborated AD for Kashmir Tourism, rather than a launch pad for two newcomers. The setting of the film is quite unique, a love story of two people, who have never met!

Kabir (Zaheer) takes up the job to teach at a remote house-boat school in Kashmir. He discovers a notebook that the previous teacher, Firdous (Pranutan) used as her diary and he falls in love with her emotions and passions.

The idea of falling in love with each other through a Notebook might sound a bit farfetched and lunatic, but the maker introduces parallel storylines which eventually meets are at a certain point! Though the ending is not what you expect!

This film is for people who are die-hard romantics and need their weekly dose of romantic capers!

The out of the box story of falling in love with someone you've never met holds interest, but not for long. The movie is a bit drag, and for the most part, the gang of kids carry it forward! The young couple don't meet until the climactic portions of the film and once the high-drama kicks in it feels too little, too late.

The music is backbone of this romantic caper and it does deliver someone of the most humble-able numbers, especially Bumro! The director has taken up some serious efforts in placing the background score at that right moment in the film.

All in all, watch it, if you must! The film is an easy watch, apart from the concept of the film, other elements such as humour, drama and romance are relatable!