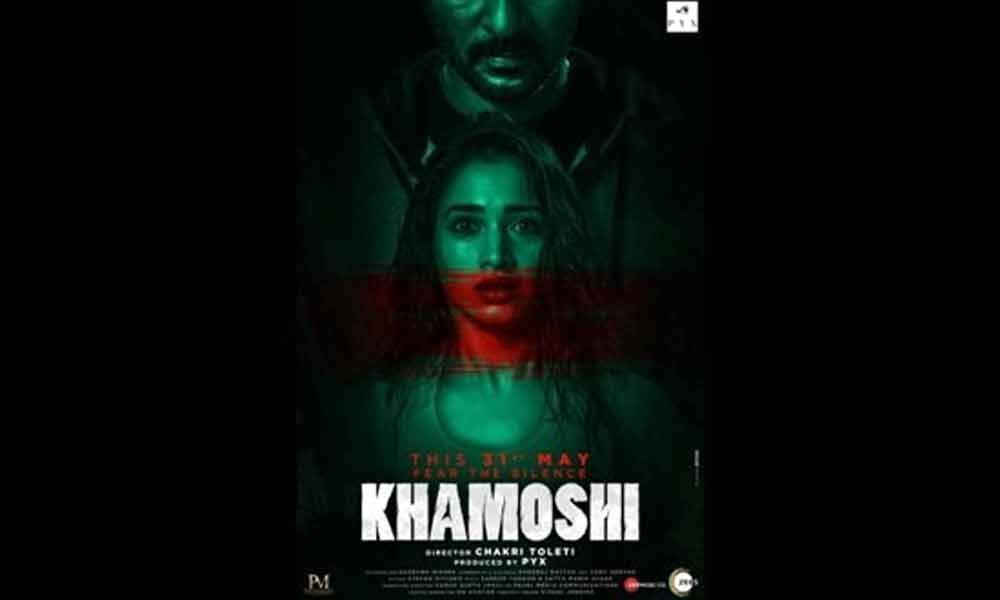 After getting delayed, finally the first official poster of Khamoshi, starring Tamannaah Bhatia and Prabhu Deva is out.

After getting delayed, finally the first official poster of Khamoshi, starring Tamannaah Bhatia and Prabhu Deva is out.

The film is a remake of Nayanthara starring Kolaiyuthir Kaalam under the direction of Chakri Toleti, titled as Khamoshi in Hindi. The film is out with first official poster and release date.

Actress Tamannaah Bhatia shared the poster on her social media profile. She captioned it, "It's all in the silence! Presenting the official poster of my next #Khamoshi with co-star @pddancing. Directed by @chakritoleti, the film is slated to release on 31st May @pyxfilms @imsaurabhmishra @ZeeMusicCompany"

Khamoshi is an upcoming female centric supernatural horror film directed Chakri Toleti and produced by Vashu Bhagnani. The film stars Tamannaah as a deaf and mute girl and Prabhu Deva as the lead antagonist. It also features Bhumika Chawla in a supporting role.

In the movie, Tammmannah plays a speech impaired person. The film was shot extensively in London where the team was stationed for nearly 25 days to can the portions. The film was produced by Vashu Bhagnani, Deepshikha Deshmukh and Yuvan Shankar Raja under the banners Pooja Entertainment and YSR Films.

Its Tamil version, Kolaiyuthir Kaalam, which was directed by Chakri Toleti, starred Nayanthara in the central role. Nayanthara received rave reviews for her performance in this murder mystery and Tammannah is sure to follow suit.