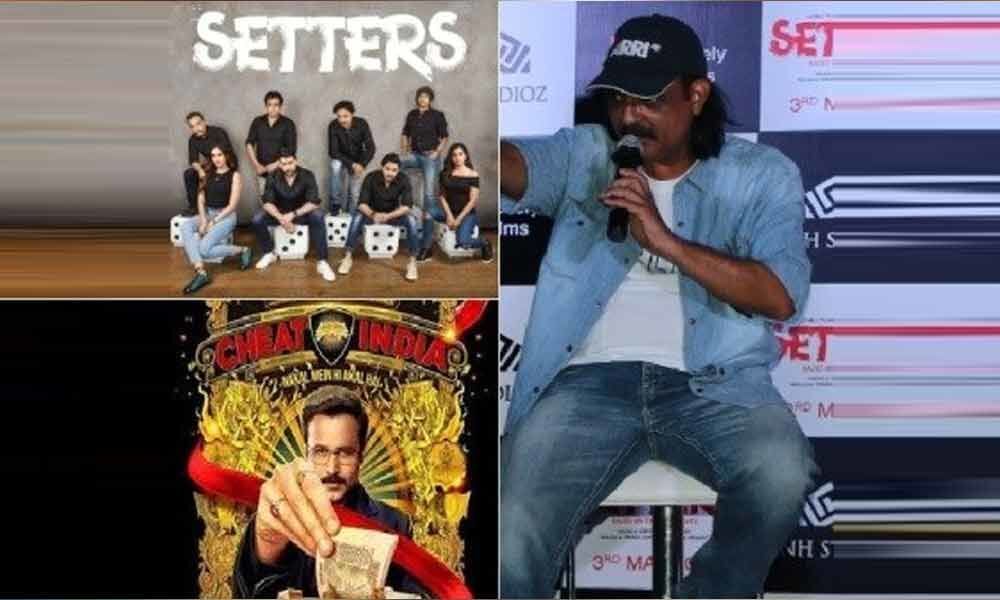 Filmmaker Ashwini Chaudhary says that there are no similarities between Why Cheat India and Setters; on the contrary it is beneficial that people already know about the subject via previous release.

Filmmaker Ashwini Chaudhary says that there are no similarities between Why Cheat India and Setters; on the contrary it is beneficial that people already know about the subject via previous release.

Setters unravel the world of mafia and corrupt practices prevailing in the Indian education system.

When asked about people drawing similarities between recently released, Emraan Hashmi starring 'Why Cheat India' – which also highlighted corruption in the education system and movie being at disadvantage, filmmaker Ashwini Chaudhary said, "No, it is not like that, I am sure many people have watched Cheat India, which includes me as well, Cheat India and Setters are two different films. I've watched Cheat India and it only dealt with Education System and Mafia, but Setters deals with Education Mafia and Employment Mafia as well, which is a massive racket in our country"

"Cheat India was only tip of the Iceberg, but the Setters is the entire Iceberg. The level of search which has gone is film makes it a different movie altogether"

"Cinema goers in our country look for a good subject, and if you have treated the subject nicely and realistically, and show the modus operandi, the audience connects with it, and it does not matter whether there was similar subject film, which released earlier. I don't see any similarities between Cheat India and Setters, and I don't see any disadvantages as well, I think it is an advantage as there will be a little recall in audiences mind, and I think it will help the film" added filmmaker.

The movie trailer about sparked debate as it comes with an infamous dialogue "Acche Din" from Indian Prime Minister.

Clearing the air about being a political drama, filmmaker Ashwini said, "About the Dialogue, Acche Din Aa Gaye, you tell me, they are really here or not? See this is not a political film. The dialogues and scenes are shot with a certain context, which are not political"

The film is produced by Vikash Mani. Set in Banaras, Jaipur, Mumbai and Delhi, the film is scheduled to release in 3 May 2019.