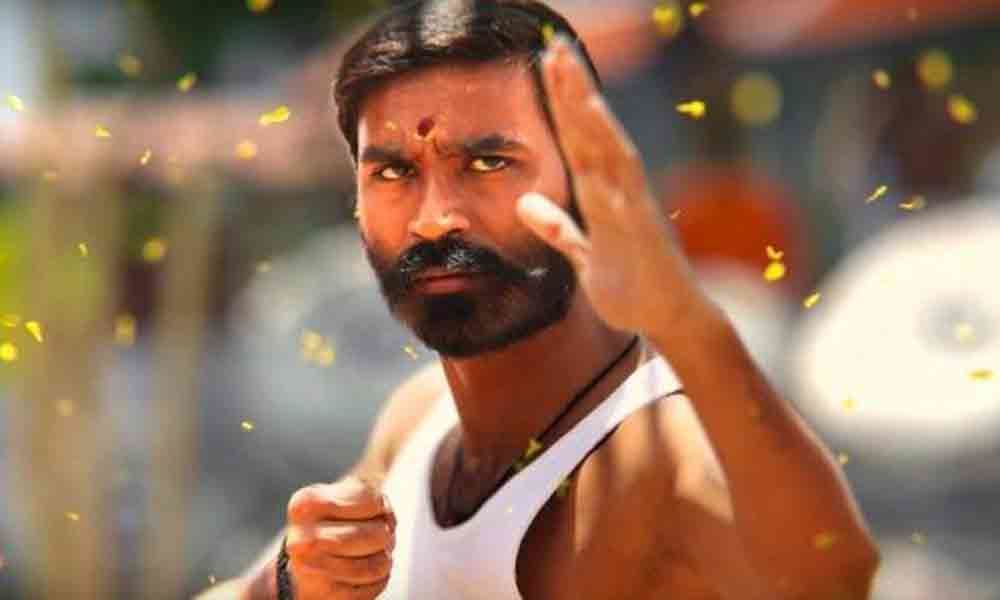 Tamil star Dhanush showcases his martial arts skills in his upcoming dubbed movie 'Local Boy' (Pataas in Tamil). The action-packed trailer of Telugu version was unveiled by the makers on Saturday and the film is slated for release on February 14.

"Dhanush plays a rural guy who will be seen in an action role. Showcases an ancient martial arts skill rooted to Tamil Nadu in the movie," says producer Ch Satish Kumar, who as happy with the response for the fist look. Pretty lass Mehreen plays his love interest.

"This time the national award-winning actor set to entertain the Telugu audience in a new avatar," he adds. 'Local Boy,' is presented by Smt Jaganmohini on Vigneswara Entertainments.

The producers believe that Dhanush has earned the love of the Telugu viewers with films like 'Raghuvaran B. Tech', 'Maari' and 'Marmayogi'.

"Dhanush likes to experiment with his roles. This time around, he will draw the audience with his action-centric flick." add makers.