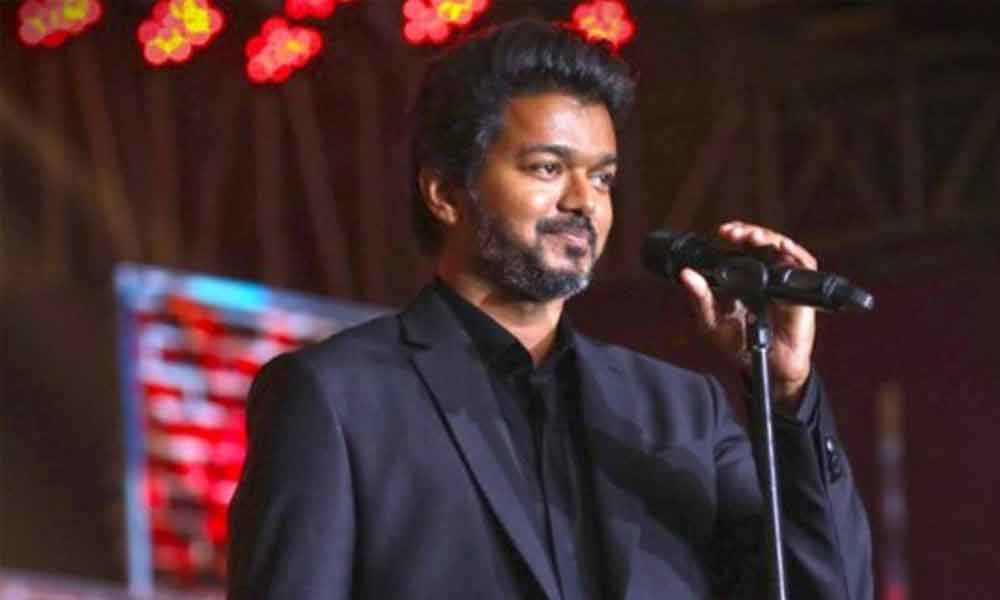 Thalapathy vijay has a huge fan following. Yes, we actor does. But what sets him apart is that he loves them as much as they do. For example during...

Thalapathy vijay has a huge fan following. Yes, we actor does. But what sets him apart is that he loves them as much as they do. For example during the recent IT raids at his place, Vijay had to call off his film shooting to answer the Income Tax officials who had arrived at his doorstep in Chennai. So the entire schedule was upset and the same was mentioned by DMK leader MK Stalin too in a House session saying when big fish were getting away, sincere artistes like Vijay were targeted. So Vijay was visibly disturbed even though he put up a brave front. However, amid all this drama, his fans stood by his as a strong pillar of support.

They put out messages for him on social media pages. That's not it they even set to trend a hashtag saying #westandbyVijay. touched by this gesture, Vijay posted a selfie from his Neyveli shoot locale on the last day of his shoot after his return from the talks with the IT dept.

Now, that sure thrilled his fans no end and they made the selfie viral too.

If you thought Vijay had returned the favour by putting out a selfie, wait till you hear this.

We all know that the makers of Vijay's upcoming movie Master was held yesterday at an upscale hotel to which fans were not invited owing to coronavirus fears.

Now, Vijay's statement after he took the mic during the audio launch was to reassure his fans and at the same time apologise to them for not including them in his career milestone. Isn't that sweet? Why do you think Thalapathy fans love Vijay so much? He has a heart of gold.