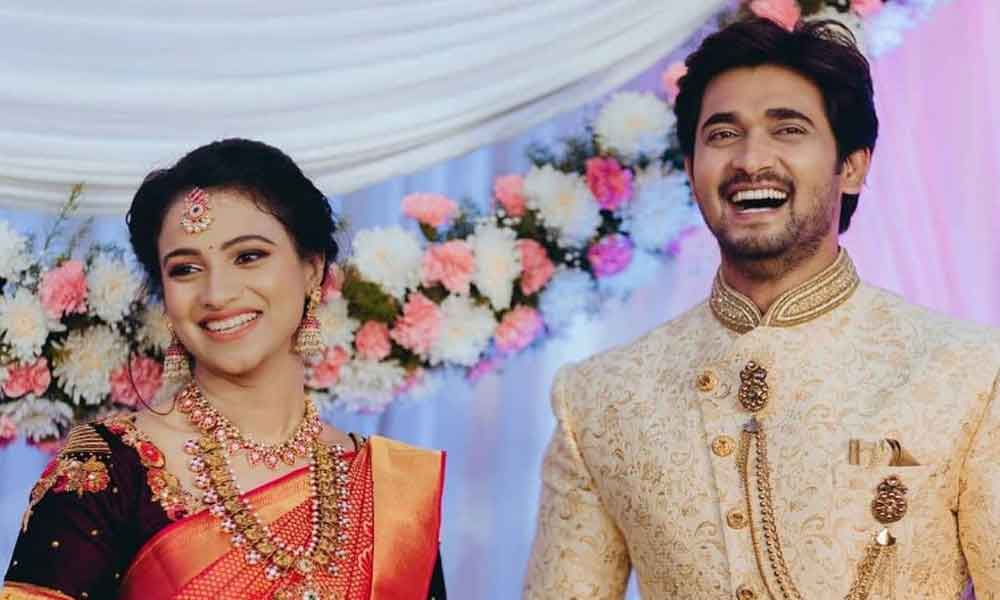 It appears Kannada serial sets are now doubling up as marriage bureaus too. Co-artists get close to each other and they either get into live-in...

It appears Kannada serial sets are now doubling up as marriage bureaus too.

Co-artists get close to each other and they either get into live-in relationships or get married.

Though these developments seem amusing, the families at times are shocked and often in a state of dilemma as to whether they should approve such marriages or not.

The duo had earlier announced that they would be getting engaged soon. In a private ceremony that was held in Bangalore, the two actors exchanged their rings. "We are getting fooled on April 1," thus had posted Chandan Kumar on his Instagram together with sharing photos of himself with his co actress Kavitha Gowda.

Now he has shared the photos of their ring exchange. The two artists who were good friends during the serial "Lakshmi Baaramma" were in love with each for the past few months.

Now, the couple has decided to enter into a wedlock after they got consent from both their families. It is learnt that the two will get married in the month of May.

Chandan Kumar is currently working in Kannada and Telugu serials.

He is also into Biryaani hotel business! On the other hand, Kavitha Gowda had participated in Bigg Boss Season 6 on TV. Fans of these artists have commented stating that these two are made for each other after seeing their photos posted on social media.