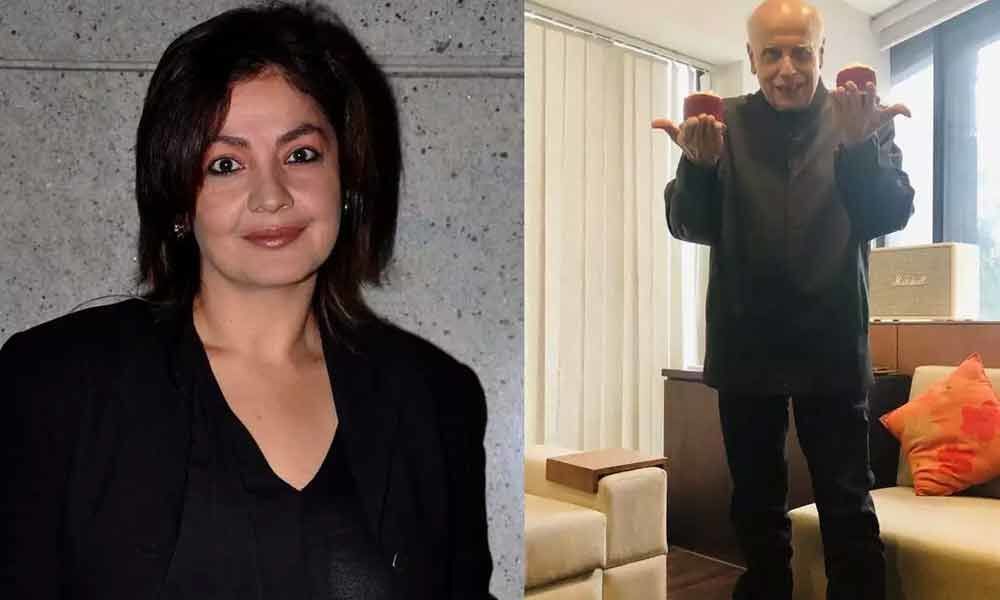 Actress Pooja Bhatt slams the report about her father, filmmaker Mahesh Bhatt suffering a cardiac arrest and passing away, says he is pretty much alive and kicking as usual.

Actress Pooja Bhatt slams the report about her father, filmmaker Mahesh Bhatt suffering a cardiac arrest and passing away, says he is pretty much alive and kicking as usual.

Mahesh Bhatt is making a comeback to direction after hiatus of 2 decades. However, amidst all of this, reports surfaced over the internet saying that the filmmaker suffered a heart attack and passed away but it is not true, the filmmaker is alive and kicking, in red shoes.

Producer and actress Pooja Bhatt just took to her social media profile and shared pictures of Mahesh Bhatt, and wrote, "To the rumour mongers and the ones who called in a genuine state of panic upon hearing that my father @MaheshNBhatt had a heart attack and is dead,here is ample proof that he is his usual self, living dangerously and kicking! In red shoes no less!"

Sadak 2 is produced by Mukesh Bhatt under their banner Vishesh Films. The film is the sequel to the 1991 film Sadak starring Sanjay Dutt and Pooja Bhatt. The sequel stars Sanjay Dutt, Alia Bhatt, Pooja Bhatt, and Aditya Roy Kapur.

The film is about Ravi's depression and how he helps a young woman's (Alia Bhatt) encounter with a godman, who is out to expose this fake guru running an ashram.