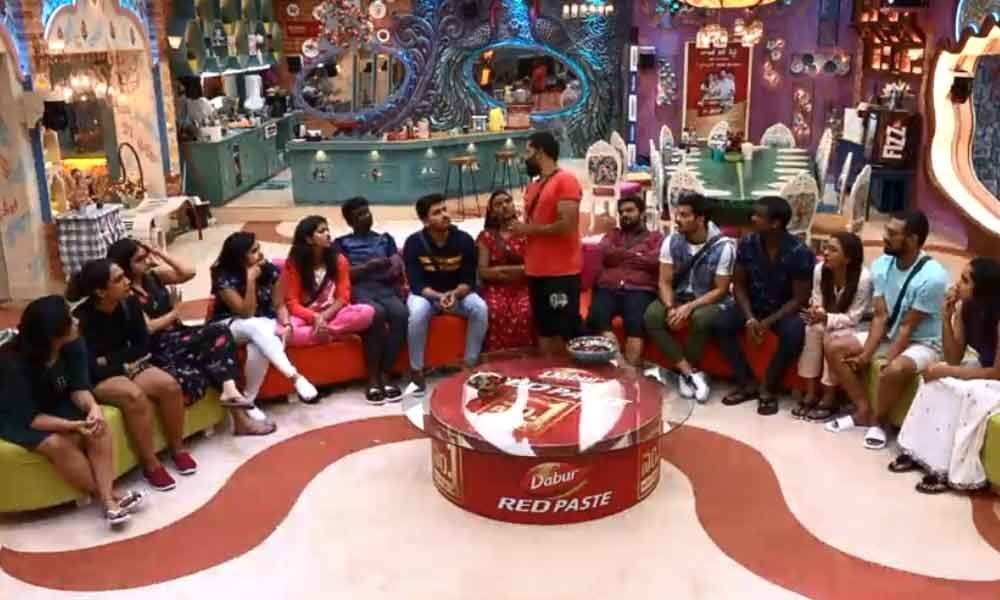 On Tuesday episode, Bigg Boss introduced the captaincy task for the coming week.

Ravi Krishna, Ashu Reddy and Sreemukhi are the thieves. Varun Sandesh and Tamannah are the heads of the village. Ali and Punarnavi are a couple. Vithika and Rohini are sisters. Rahul Sipligunj and Mahesh are brothers. Baba Bhaskar is the police inspector while Siva Jyothi is the constable. Himaja is the lawyer.

The task started and the housemates were playing it well. In today's episode, the task has turned violent. In the promo that the organizers released, we can see some of the housemates becoming violent and they even broke a property that Bigg Boss sent to use in the task.