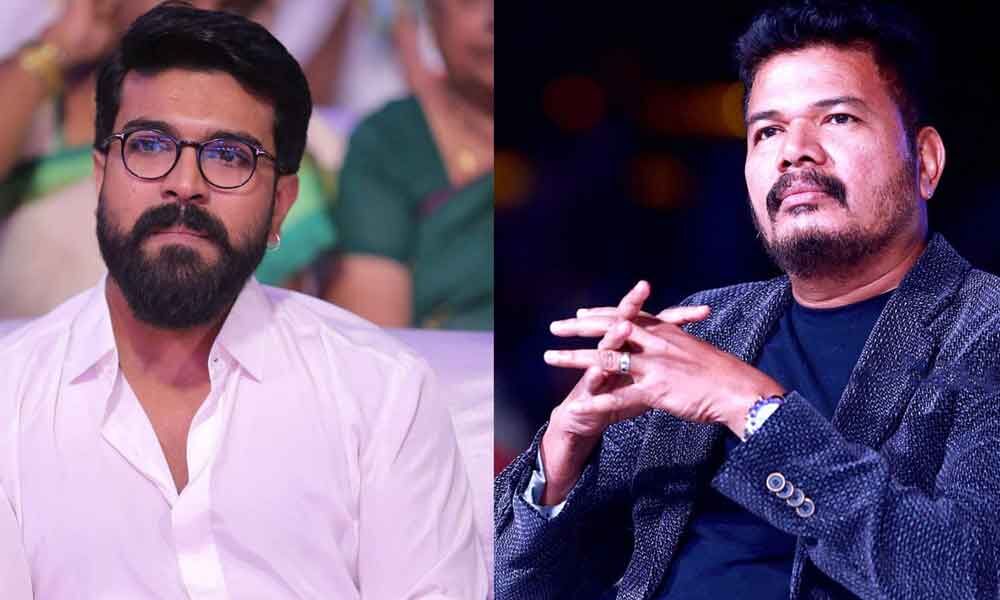 Megastar Chiranjeevi's upcoming movie "Aacharya" is gearing up to get released in the month of May. The movie is helmed by Koratala Siva and is bankrolled by Chiranjeevi's son Ram Charan under Konidela productions.

Megastar Chiranjeevi's upcoming movie "Aacharya" is gearing up to get released in the month of May. The movie is helmed by Koratala Siva and is bankrolled by Chiranjeevi's son Ram Charan under Konidela productions. Ram Charan will also be seen in a special role in this movie. On the other hand, Charan is busy with the shoot of the movie 'RRR" directed by S S Rajamouli. Jr NTR will also be seen in RRR. The movie is slated for release in theatres on October 13 in about five languages.

Looks like megastar Chiranjeevi's family is bent upon producing mega budget movies. After the movie 'RRR", Ram Charan will team up with Kollywood director Shankar for his next movie. This project haa already been announced officially. We hear that Megastar Chiranjeevi will also be seen in this movie which is not officially confirmed. The movie in Ramcharan-Shankar combination is going be a political thriller.

The son of Tollywood megastar will reportedly be seen in two shades as an IAS officer and in the role of a chief minister, it is learned. It is said that Chiranjeevi will be seen in a powerful role. It may be recalled that Shankar who directed movies like Enthiran, I, and 2.0 was directing the movie Indian 2 with Kamal Haasan. But the Production of this movie got stalled due to some financial crisis.

Hence, the director who has set aside this project has commenced a movie with Ram Charan. The movie, which is in the pre-production stage, will start rolling shortly. However, we are yet to receive other updates about this movie.