Gorilla is all about bank robbery 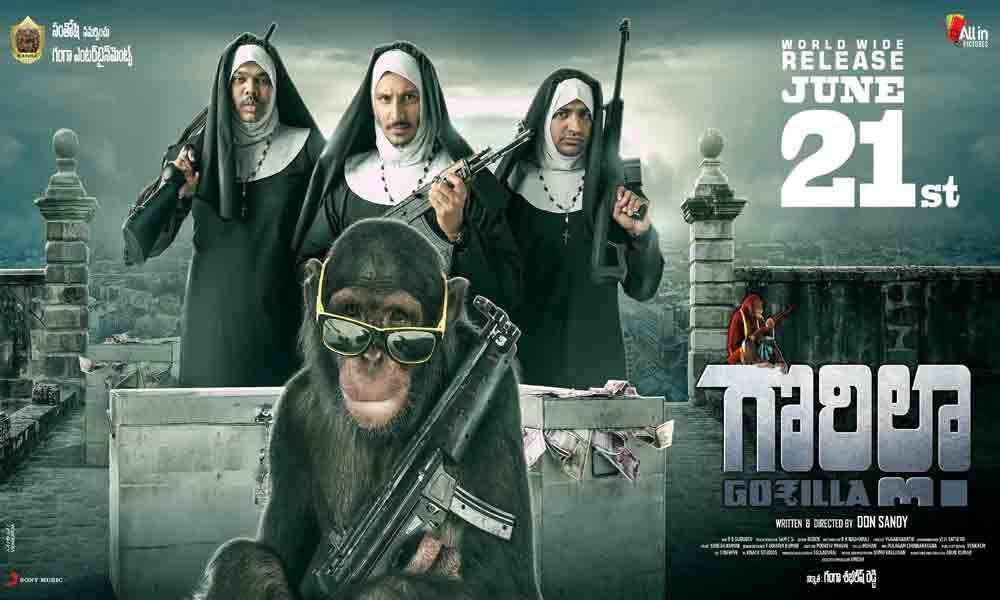 Tamil actor Jeeva is known to the Telugu audience with blockbusters like ‘Rangam’.

Tamil actor Jeeva is known to the Telugu audience with blockbusters like 'Rangam'. While `Arjun Reddy' fame Shalini Pandey, who proved her acting mettle with '118' plays the female lead in this heist comedy thriller, written and directed by Don Sandy under Ganga Shabareesh Reddy's production and Santoshi's presentation in Ganga Entertainment along with All In Pictures.

Speaking about the movie, producer Shabareesh Reddy says, "What's the mere help that a Gorilla did to a group of robbers in a bank? What actually is the reason behind the robbery? What happened to the gorilla after the robbery? Is what takes the story forward excitingly.

We brought Kong, a gorilla which is trained at a reputed gorilla training center 'Saamut' in Thailand to act in our movie. Attempting it for the first time in Indian film industry, we shot the major part of the movie in Thailand and the rest in India.

Every frame is exciting and entertaining as we tried to present a visual feast to every audient with enough comedy and thrills to watch. However, we are planning to release the theatrical trailers and songs very soon while scheduling a worldwide release on June 21."