Here is the confirmed list of Bigg Boss 3 housemates 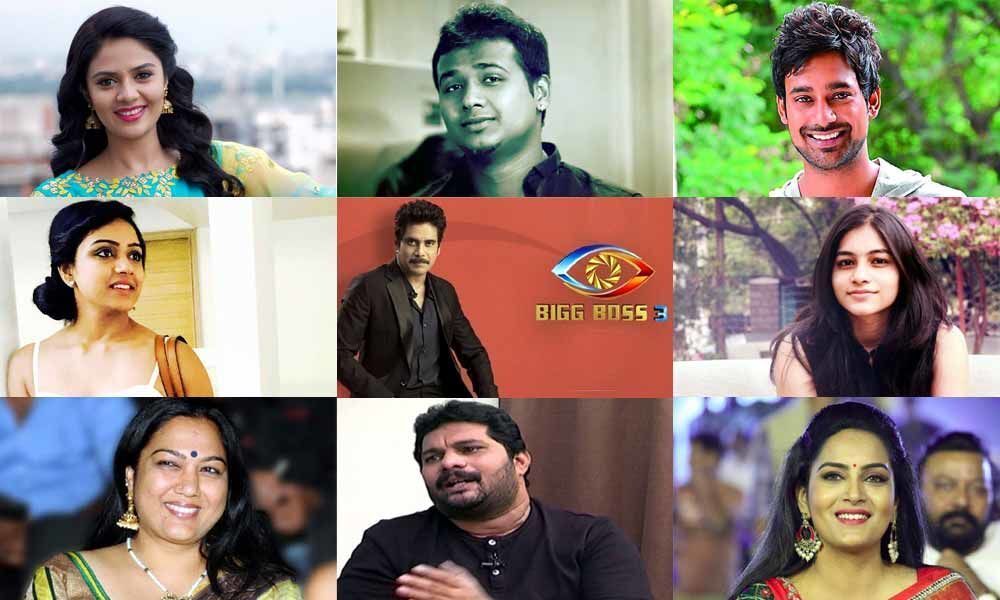 The third season of Bigg Boss is all set for the launch on this 21st. King Nagarjuna will be taking the hosting responsibilities this time.

The third season of Bigg Boss is all set for the launch on this 21st. King Nagarjuna will be taking the hosting responsibilities this time. The show has become a hot topic even before the launch due to the cases filed by anchor Shwetha Reddy and actress Gayatri Gupta. But the channel sources revealed that the programme will go on air as per schedule, despite all the controversies.

A total number of 15 contestants will enter the house and compete with each other to stay in there for 100 days. Every week, a few tasks will be conducted and a contestant will be eliminated by the weekend. Already, few popular celebrities have signed the contract and are gearing up to get into the house.

The contestants who are confirmed for the show are star anchor Sree Mukhi, singer Rahul Sipligunj, Varun Sandesh and his wife Vithika Sheru, TV9 Jaffer, Uyyala Jampala fame Punarnavi Bhupalam, character artists Hema and Himaja. The full list is expected to be known unofficially in a couple of days.