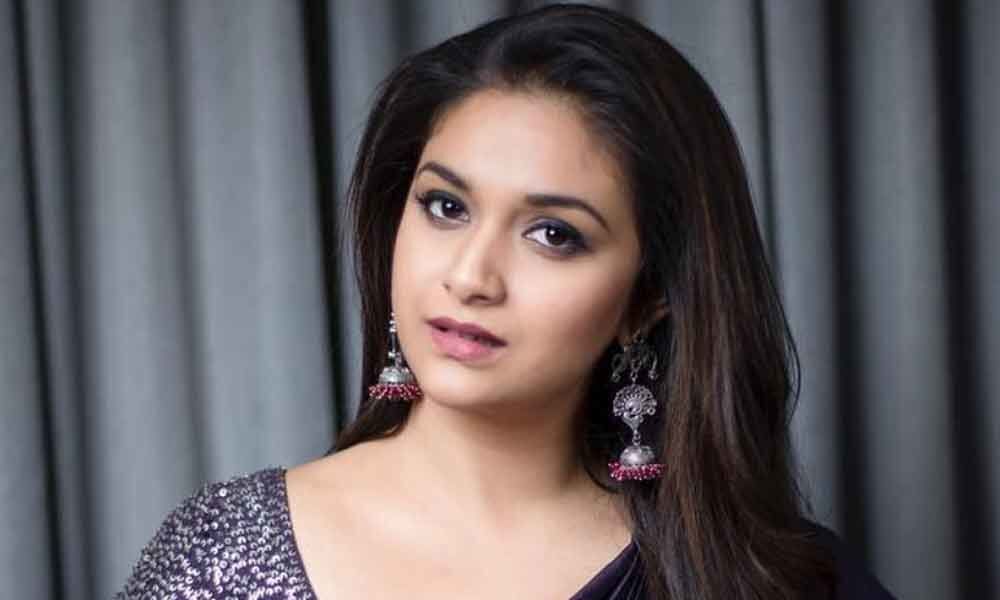 Talented actress Keerthy Suresh, who bagged the National Award for her scintillating performance in ‘Mahanati’ has reportedly hiked her remuneration to match her rising popularity in the two Telugu States.

Talented actress Keerthy Suresh, who bagged the National Award for her scintillating performance in 'Mahanati' has reportedly hiked her remuneration to match her rising popularity in the two Telugu States.

"She is demanding Rs 60 lakh per film, although she was paid Rs 30 lakh for her role in 'Mahanati', which is almost double the sum," says a producer, who feels that she has reason to revise her pay scale.

"She had delivered hits like 'Nenu Sailaja', 'Nenu Local' and above all 'Mahanati' which she pulled off on the strength of her name," the producer adds. However, he claims that she crossed the Rs 50 lakh mark much faster than the likes of Kajal, Tamannaah and Samantha.

"Keerthy amply proved that she wants to ride on her immense talent than doing glam-prop roles. In fact, she has become the new torch-bearer of lady-oriented films in Telugu," he reasons. Even though she did Tamil movies with stars like Vijay (Sarkar) and Vishal (Pandem Kodi 2), she didn't pocket big sums.

"Tamil producers don't pay more than Rs 20 to 25 lakh to an upcoming actress," he informs.

After doing a cameo in 'Manmadhudhu' 2, the actress is doing a female-centric Telugu movie with director Narendranath.

"She hasn't signed any film with a big Telugu star and has been listening to scripts that give her scope to perform," the producer concludes.

No doubt, she is a good mix of beauty and brains indeed!