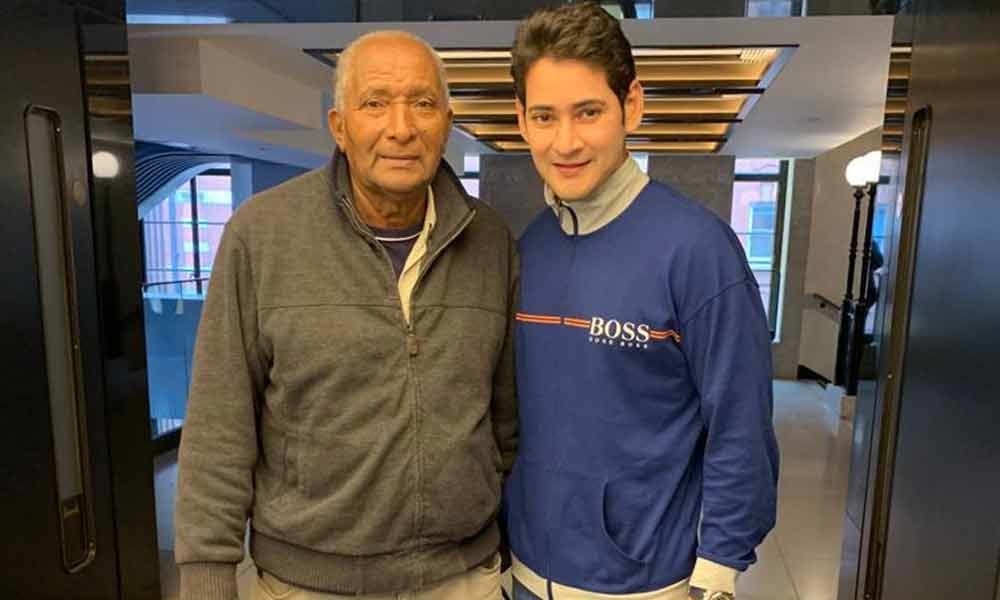 After the super success of Maharshi, Superstar Mahesh Babu went to the United Kingdom for a family vacation

After the super success of Maharshi, Superstar Mahesh Babu went to the United Kingdom for a family vacation. In the process, he also attended the recent World Cup match between India and Australia. We have already seen the pictures of Mahesh having a great time at the stadium.

With the legend himself... Andy Roberts... huge fanboy moment 😎😎😎 pic.twitter.com/IbFxaY0ltl

The actor posted another picture yesterday, in which he is seen alongside former West Indies cricketer Andy Roberts. He tweeted, "With the legend himself... Andy Roberts... huge fanboy moment." Andy was a legendary fast bowler who used to scare the batsman with his deadly bowling attack.

Anyways, it was a huge moment for Mahesh to meet one of his favorite players of the sport. On the career front, he will next act in the film Sarileru Neekevvaru, which goes on floors at the start of July.