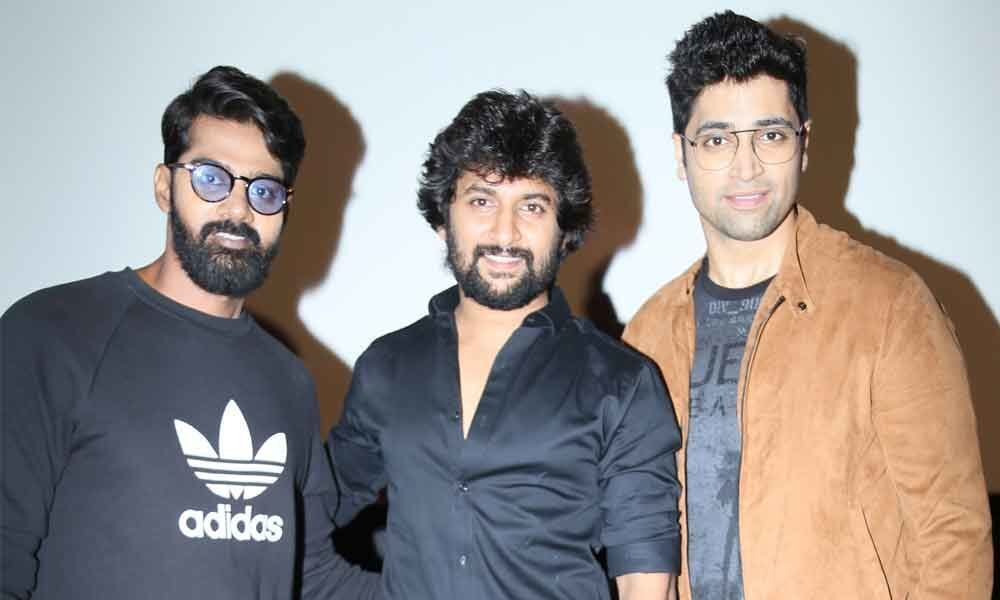 The film, ‘Evaru’ is being bankrolled jointly by Peral V Potluri, Param V Potluri and Kevin under the banner of PVP Cinema while the debutant Venkat Ramji is helming it.

The film, 'Evaru' is being bankrolled jointly by Peral V Potluri, Param V Potluri and Kevin under the banner of PVP Cinema while the debutant Venkat Ramji is helming it.

Actors Adivi Sesh and Regina Cassandra are playing the lead roles, while Naveen Chandra will be seen in another important role in this movie.

The theatrical trailer was released in Hyderabad on Monday. Speaking on the occasion, hotshot Nani said that after watching the trailer of the suspense thriller 'Evaru' which was very gripping, he felt that it was on par with the standards of a Hollywood film.

He expressed the hope that it would become a blockbuster as PVP Cinema has the reputation of producing excellent content-driven entertainers.

In his speech, Adivi Sesh, said that when Ramji narrated the storyline to him, he felt that it was based on a very good concept.

He said it they were very tense during the launch of the teaser, but after the release of the trailer, all the members film unit became calm and composed as they were confident that they made an excellent film.

He said that every actor in this film has two shades and they keep changing every ten minutes confusing the audience.