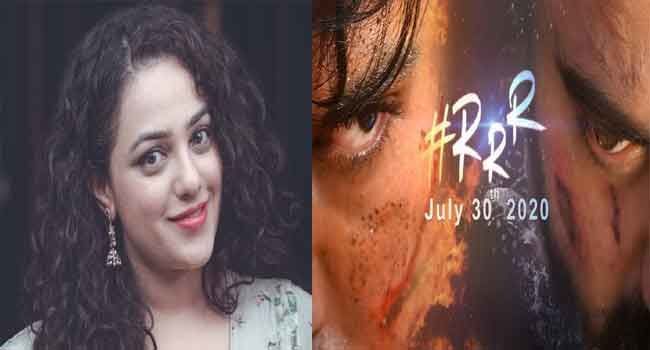 Sensational filmmaker Rajamouli is currently busy with the magnum opus period film RRR starring Ram Charan, Jr NTR and Alia Bhatt in the leads. Set against the backdrop of the independence era, the film will narrate a fictional tale of Alluri Sitarama Raju and Komaram Bheem.

With the sudden exit of the foreign actress Daisy Edgar Jones from the project citing personal reasons, the film unit started searching for a heroine. After considering a lot of girls, the makers are now planning to get Nithya Menon on board for the film. She is said to be seen as a village belle in the film who will romance Tarak.

The discussions are going on and the official announcement on the same will be out soon.