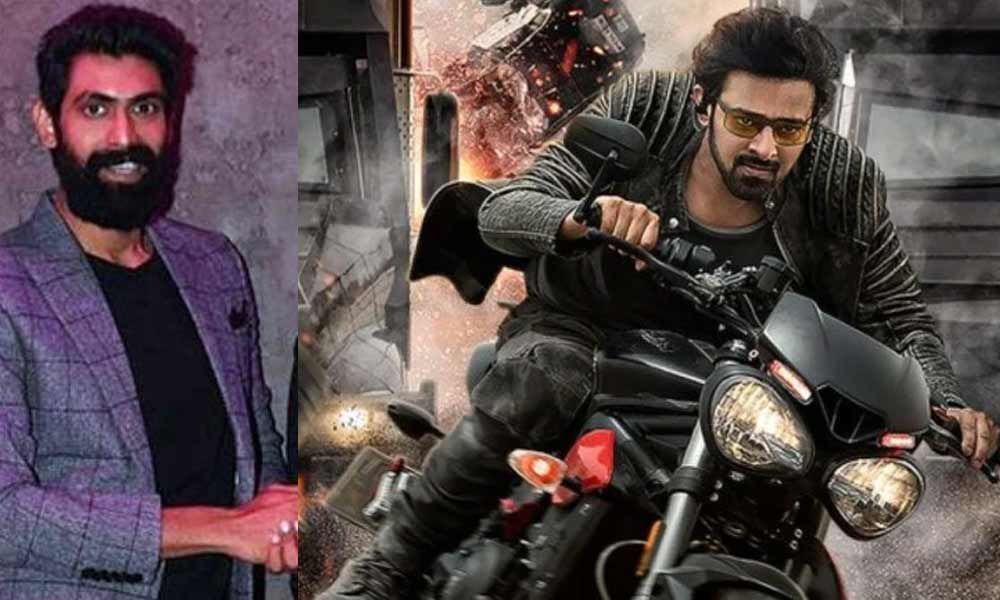 Rana shared a poster of Saaho in support of Prabhas on the eve of the movie's release.

Actors Rana Daggubati and Prabhas are known to have a very good friendship, especially after Baahubali, both the movies, where they played the villain and protagonist respectively.

Rana on the eve of the release of the movie, Saaho which stars Prabhas as the protagonist, shared a post on his Instagram of the film poster in which Prabhas is shown to be shooting a gun, with the caption "Just Fire on, bro". There has not been any reply from Prabhas yet but it is something to look forward to.

This was not the first time that Rana had posted about Prabhas, on Prabhas's birthday the Baahubali villain shared a Behind the scene of both of them with the caption wishing Prabhas a happy birthday. The duo had also appeared alongside Rajamouli on Koffee with Karan season 6.