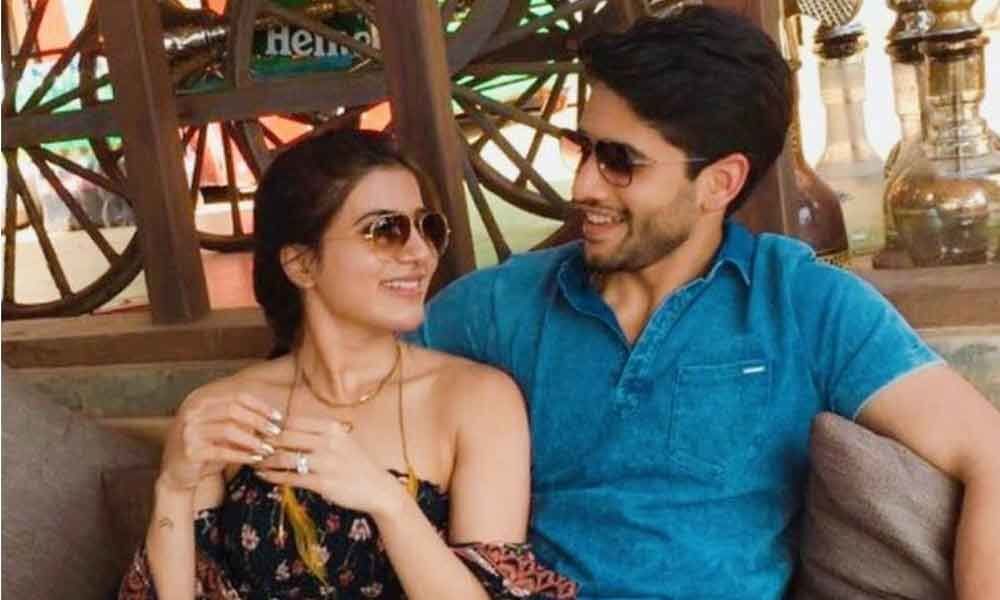 Samantha Akkineni and Naga Chaitanya are one of the power couples of Tollywood.

Samantha Akkineni and Naga Chaitanya are one of the power couples of Tollywood. The couple as of late had an amazing time with their family and friends vacating in Spain where they also celebrated actor Nagarjuna Akkineni's 60th birthday. All things considered, Samantha and Chaitanya who never comes back sharing their lovey-dovey pictures via social media shared their vacay snaps giving their fans real relationship goals as well as travel goals. The couple's family pictures took the social media by a storm .

While on an vacation , Naga Chaitanya shared an excellent picture of Samantha and captioned the same as "As I wait for the Mrs to get ready ." Well, as we know, Samantha and Chaitanya continue sharing romantic snaps of themselves constantly. The couple likewise never shies away from praising each other openly. Throughout the years, ChaySam has spoken a ton of things about one another making us become hopelessly fall in love them even more.

The Oh Baby entertainer was once welcomed as a visitor on the big name talk appear, Famously Filmfare, wherein she uncovered that it took eight years for the couple to be in agreement. "There were times when I truly preferred him and he was not in that space. What's more, there were times when we needed to work it out, however outside variables. It required some investment to be in a similar spot," said Samantha.

During the promotion of their film Majili, Samantha referenced that it was the best choice of her life to wed Naga Chaitanya. How sweet!

When asked about the things she admires about her husband Chay , Samantha stated, "stability and balance"

On life post wedding Naga Chaitanya Samantha once referenced that there's lots of security, peace , and calmness in her life which she didn't have before getting hitched to the actor.

Samantha Mentioned that chay is understanding and a very compassionate husband.

Naga chaitanya was invited as a visitor on the celebrity chat show , Famously Filmfare, wherein he discovered that there was a moment that they were both single and they used to hang out more than Normal. He further expressed that it was also a time when he was looking forward to settling down. "She was there in front me. So I was like , she's a known, devil know all her mischief and I am fine with them," he added.