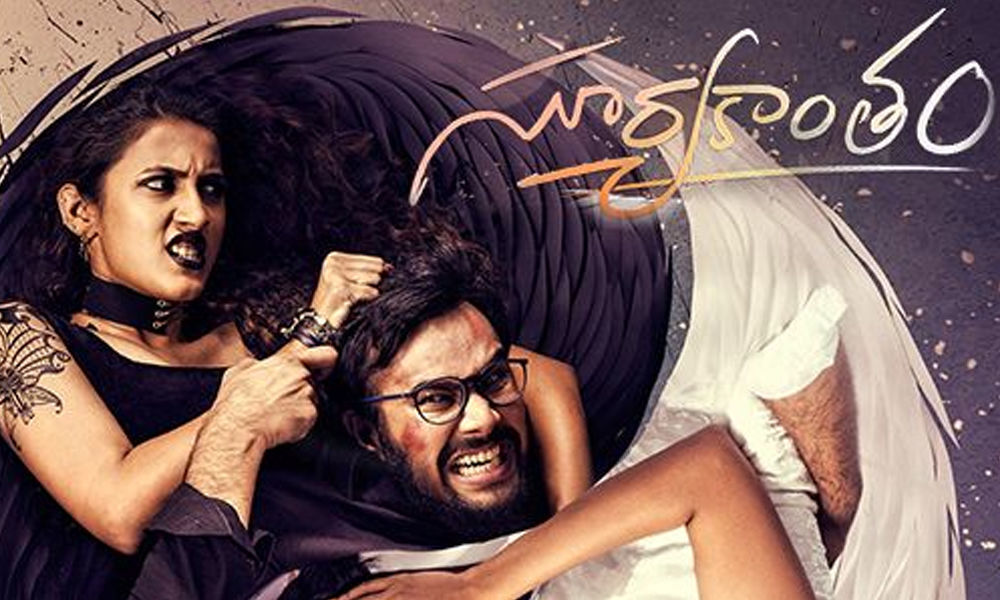 After disappointing with her first two films, Niharika Konidela is pinning a lot of hopes on her third venture, Surya Kantham.

After disappointing with her first two films, Niharika Konidela is pinning a lot of hopes on her third venture, Surya Kantham. Directed by debutant Pranith Brahmandapally, this movie is gearing up to release worldwide on this 29th. Rajul Vijay acted as the male lead in this movie.

The movie is touted to be a romantic comedy which will suit the taste of current urban youth. The film was censored the other day and was awarded a clean U certificate from the board. Now, the stage is set for the grand release of the movie. Even the theatrical trailer of the film was dropped yesterday.

Going by it, the film looks like a triangular love story with loads of comedy elements. The Mega fans are also eagerly waiting for the film hoping that their Mega Princess will deliver a hit this time.