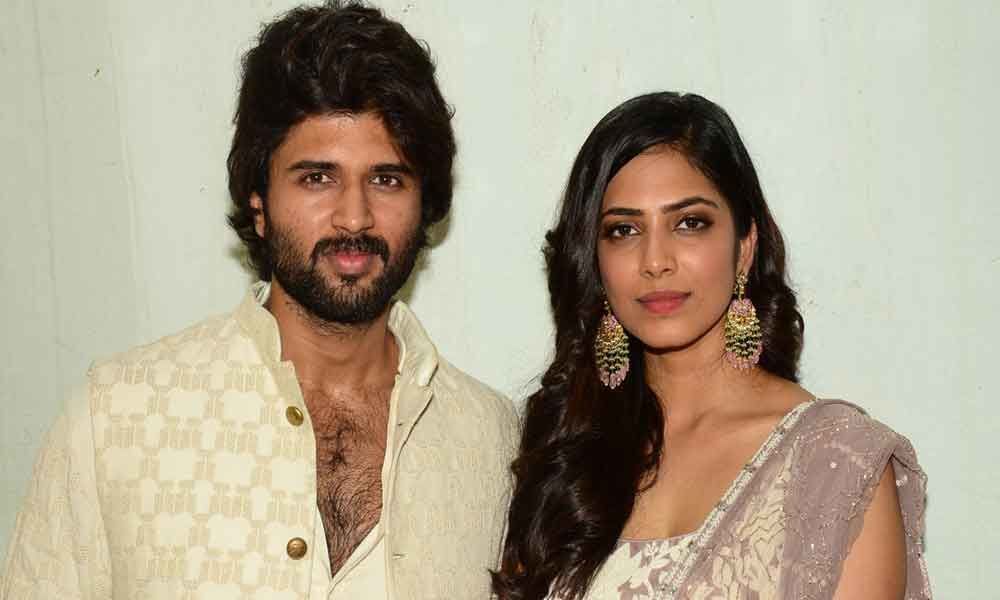 Hotshot Vijay Deverakonda’s new film was formally launched on Sunday. ‘Hero’ is the title of the film and will be directed by Anand Annamalai.

Hotshot Vijay Deverakonda's new film was formally launched on Sunday. 'Hero' is the title of the film and will be directed by Anand Annamalai. Director Koratala Siva and MLA Gottipati Ravi Kumar graced the launch event as chief guests. Director Koratala clapped the sound board for the first scene shot on the lead pair and also handed over the script to the director and producers. MLA Ravi Kumar switched on the camera.

'Hero' is a musical thriller with sports backdrop and this is for the first time, Vijay Deverakonda is doing such a different genre. Malavika Mohanan of 'Petta' fame is going to play the female lead and it marks her debut in Telugu. Pradeep Kumar will compose the music and Murali Govindarajulu will handle the cinematography.

Mythri Movie Makers banner will be produced by the much-hyped project. Vijay D, who is riding high with blockbuster 'Geeta Govindam' and average grosser 'Taxiwala', is going to showcase his sporting streak in his next.