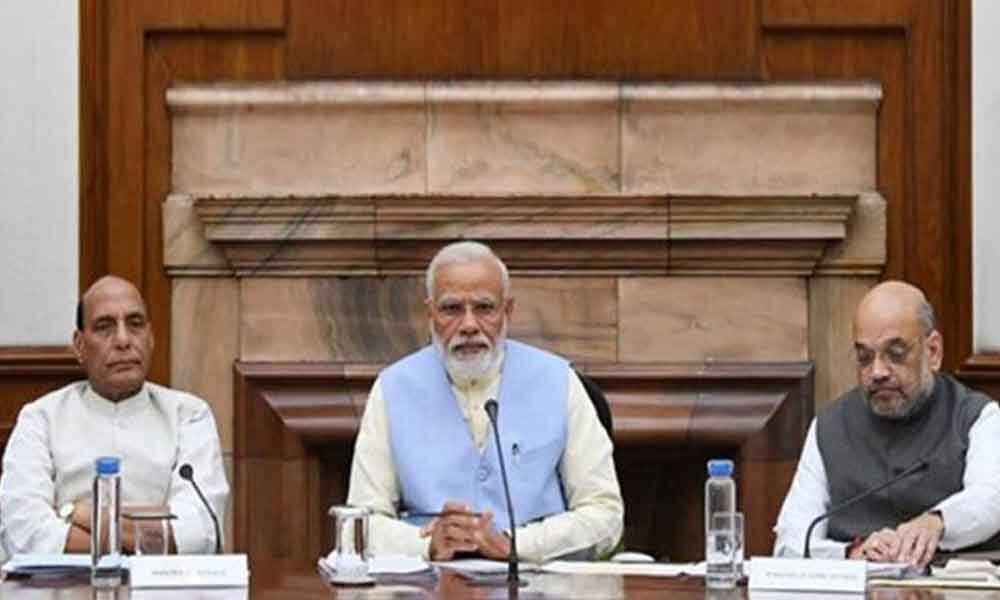 The Centre needs to be congratulated for the bold steps it is taking whether it is in regard to passing the Triple Talaq Bill of scrapping Article 370.

The Centre needs to be congratulated for the bold steps it is taking whether it is in regard to passing the Triple Talaq Bill of scrapping Article 370.

It has now made another bold statement that if talks are held with Pakistan, it will be only on PoK and nothing else.

The Union Defence Minister Rajnath Singh also sent a strong message across to Pakistan that it is time the neighbouring country restrained itself from any misadventure when he said that India may have to re-examine its policy that it would never go in for nuclear war on its own.

It's time Pakistan understands the reality that it had miserably failed in all its attempts to corner India on Kashmir issue and all its panic calls to the international community boomeranged on them as they had to eat their humble pie at the UN as well.

The opinion of "overwhelming" number of UN Security Council members who minced no words in saying that Kashmir was an issue which needs to be addressed by the two States and that it should not be internationalised should have come as a rebuff to efforts to internationalise the issue of Kashmir once again.

India was very clear right from the word go that Article 370 was a constitutional matter of a sovereign nation and Pakistan has no locus standi on it. Experts rightly pointed out that if Pakistan feels that Article 370 is a material change of a situation, "what is CPEC", a reference to the so-called 'China Pakistan Economic Corridor'.

"How many material changes have they done?"

Pakistan also tried to push its case hard trying to paint that the situation in Kashmir was horrible and that there was gross violation of human rights. But it had to bite dust on this issue as well as.

Pakistan should ponder over the conditions in its own country before pointing a finger at India. The fact is that it had been violating all human rights in Baluchistan and encouraging nay sponsoring terrorism in India and Afghanistan.

Imran Khan had himself recently admitted that his country has about 40,000 terrorists. The international community is well aware of the manner in which Pakistan treats Opposition parties' leaders, and journalists and how the Pashtuns and other minorities are treated.

This being the situation, how can the international community accept that Kashmiris will be better off in Pakistan?

On the other hand, India argued that its decision to scrap Article 370 was to ensure good governance and put socio economic development on fast track. The credibility of the government has further gone up since the subsequent developments in J&K has proved that the anger against the Central government among people was not as it was projected by some political parties.

Yes, there have been some incidents of stone pelting etc which had become a regular feature there for decades. But the situation is not something which is unmanageable.

It would take some time for those who are opposed with the Centre's decision to reconcile and realise how they have been made to remain backward just because of vote bank politics, a menace that is plaguing the Indian political scenario.