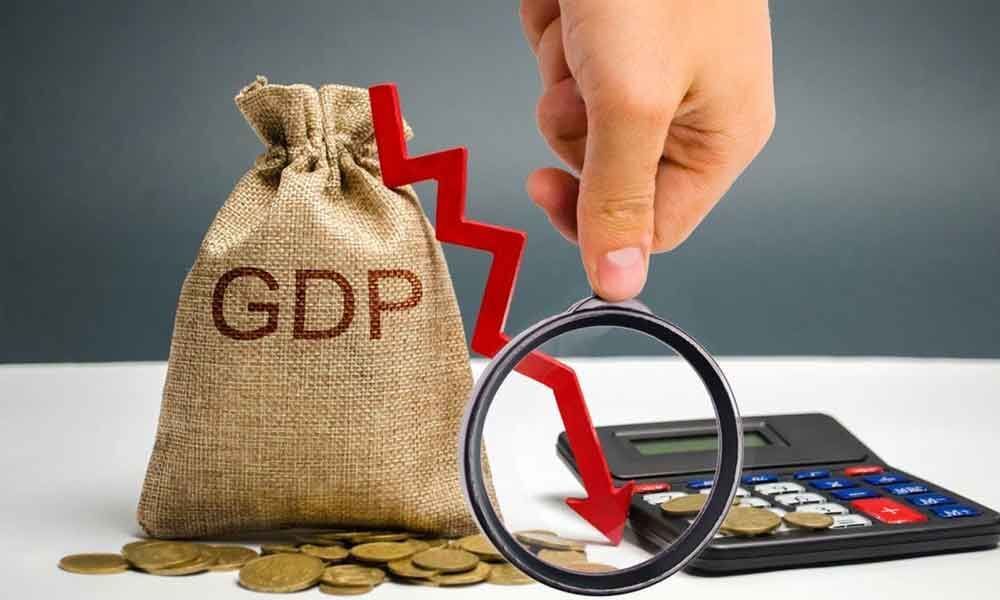 Gross domestic product (GDP) growth rate in first quarter of current fiscal slipped to a disappointing level. As per official data released last week, the GDP growth rate was five per cent during April-June 2019 period, the lowest reading in the last six years.

If we compare the first quarter growth with corresponding period last financial year, we can understand the trend better. In the same period last fiscal, GDP registered a healthy growth of 8.2 per cent, the second highest during the Narendra Modi regime so far.

Thereafter, growth rate went into a decline, clocking 7.1 per cent in subsequent Q2FY19 followed by 6.6 per cent in Q3FY19. It fell further to 5.8 per cent in Q4FY19 (January-March 2019) before hitting six-year low of 5 per cent in the latest quarter.

That way, economy has begun the current fiscal year on a subdued note at a time when the BJP-led government, buoyed by second consecutive term with higher majority at the Centre, has set a goal to take India's economy beyond $5 trillion mark by the year 2025.

A close look at the numbers reveal that economy clipped at a high growth of 8.2 per cent in Q1FY19 thanks to robust performance of agriculture and manufacturing sectors which registered 5.3 per cent and 13.5 per cent upswing respectively.

Construction, at 8.7 per cent, and utility services (7.3 per cent) also did extremely well during April-June 2018 period. Growth in these key sectors moderated in the subsequent quarter i.e. Q2FY19, with agriculture and manufacturing growing at 3.8 per cent and 7.4 per cent respectively.

Agriculture continued its downward journey as its growth rate fell to 2.7 per cent in Q3FY19(Oct-Nov 2018) and slipped into negative zone by contracting by 0.1 per cent in Q4FY19.

Manufacturing sector followed the suit with lower growth rate of 6.7 per cent and 3.1 per cent during the above period.

Though agriculture picked up some traction and clipped at 2 per cent in the first quarter of current fiscal against the 0.1 per cent contraction in the previous quarter, manufacturing growth slipped further to 0.6 per cent in Q1FY20.

Consecutive five-quarter decline in manufacturing which accounts for 18.32 per cent of GDP took a heavy toll on the economy. Agriculture which contributes 14.39 per cent to GDP has not been doing well for the past one year.

Slower traction in agriculture means distress in rural areas where majority of Indians live. No surprise that sales of soaps too hit slow lane in recent months.

Finance Minister Nirmala Sitharaman recently announced a slew of measures to spur economy. Going by signals from auto industry which registered deep decline in sales in August too, these initiatives may not pay requisite dividends.

The Central government should announce bigger stimulus package and initiate structural reforms to infuse animal spirits into the economy. Otherwise, deceleration in economy will accelerate, pushing the country into deeper recession.

If that happens, the country is unlikely to achieve higher GDP growth in next few years. That way, $5 trillion economy target will remain a pipe dream. And BJP will pay a heavy political price in 2024 if economy remains in bad shape for long.