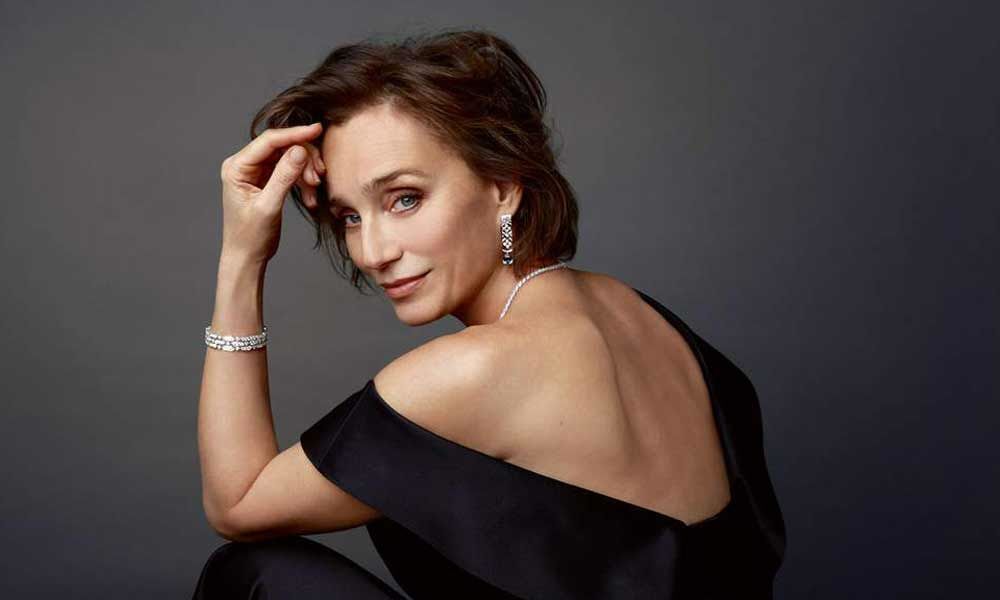 Kristin Scott Thomas hails from Redruth, England and studied at the Central School of Speech and Drama in London.

She won a BAFTA for her role in 'Four Weddings and a Funeral' and was nominated for an Academy Award (Best Actress) for her performance in 'The English Patient'.

Directed by Joe Wright 'Darkest Hour' is based on extensive research, shows, Clementine was Churchill's soul mate who was at his side during the dark days of 1940 when Britain faced defeat to Nazi Germany. 'Darkest Hour', which will air on Sony PIX on March 17 at 1PM, also stars Lily James as Churchill's personal secretary Elizabeth Layton, Ronald Pickup as out-going premier Neville Chamberlain and Stephen Dillane as Tory party grandee – and Churchill's rival as leader – Lord Halifax, who believes Britain should make peace with the Nazis.

The film, written by Anthony McCarten (The Theory of Everything), focuses on the first few weeks when Churchill became Prime Minister in 1940 as Great Britain faced a stark choice; continued war with Nazi Germany or, as key figures in his inner circles urged, appeasement.

Joe Wright said you he had to really talk you round to taking this role. Is that true?

Yes, he did. I'll tell you why: to begin with, the role wasn't like that. There was nothing there. It was a sort of symbol, an afterthought, a sort of, 'Let's have the wife in here somewhere,' but it wasn't right. I always wanted to work with Joe, and we'd been trying to work together for a while, but each time I felt there wasn't enough for me to do. You don't need me for that role, and I didn't need to do it. But I did really want to work with him, so we just sort of made it better. He rewrote it a couple of times.

He mentioned taking a trip to Paris to convince you. What changed your mind?

I was intrigued, and the conversation was really interesting because he is a great guy. He went away and rewrote it, and it still wasn't right. He rewrote it again, and then I thought, 'Okay, I can do this.' Joe said that without Clemmie, there would be no Churchill as we knew him.

Do you agree with that?

I think she was vital to him, but I don't like this idea that behind every man there's a woman. I don't think it's that. I think it was just a very natural coming together of these two people. She had a certain degree of ambition for him because she knew what he wanted, but she didn't like living at the Admiralty. She wanted to live in a pretty house with things that she didn't have to move all the time.

Does it feel different to play a character based on a real person?

It doesn't really make any difference in who you're playing, but it's the preparation and research. I don't know what it was like for Gary, because he had so much more to do. He is playing this sort of legend, this hero, this national treasure, knowing that throughout the world, there isn't a person who doesn't know who Winston Churchill is. Every time you say, 'Winston Churchill', anyone over 25 goes, 'Oh, I love Winston Churchill.' Everyone hero-worships him. So, I think it's a much more difficult job. But for me, playing Clemmie, who I think is much more mysterious, I just sort of got on and played her the same way I would play any character.

Do you think it's a story that resonates today?

I think it is because I think it could give people a lot of hope in humanity. You think there are people who are good, who make mistakes, who can admit to them, who are conscious of the importance of their decisions, who aren't just acting on a whim, who will consider their actions, and who have knowledge of the past. I think the most important lesson that we learn about world leaders today, in our film, is the fact that this man knew what he was talking about. He knew what had gone on before him. He was a historian. He knew about the history of battles, the history of politics, the history of Europe. I think that's invaluable for our world leaders to know that actually that probably won't work because a hundred years ago it didn't work and three-hundred years before that it didn't work either. I love when he says the thing about, 'You can't negotiate with a tiger when your head is in its mouth.' All these things that he says and has been quoted as saying, which are so much in our collective conscious that we all think: 'Was that attributed to Oscar Wilde or Winston Churchill?' There are statues of him everywhere, and he was a human being. Hopefully, that may give people a bit of faith in humanity, because at the moment it's slightly lacking, I fear. (Laughs). For leadership we need people who have knowledge of humanity – rather than businessmen, I think.

You've been working on directing your own feature, 'The Sea Change'. Have you begun production yet?

Not yet. I'm still struggling to find the money. It's very difficult. We were so nearly there this summer. We all thought it was going to work, but something happened. They keep moving the goal posts, which is really annoying. It's just so frustrating because I've got this beautiful script, I've got a great cast, and all the artistic elements are there. Everyone is so keen to do it, and somehow people can't see where they're going to make their money from it.

Washington: NASA partners with ESA for a mission to take first...

Secunderabad: SHE Team volunteers in every college: Swati Lakra