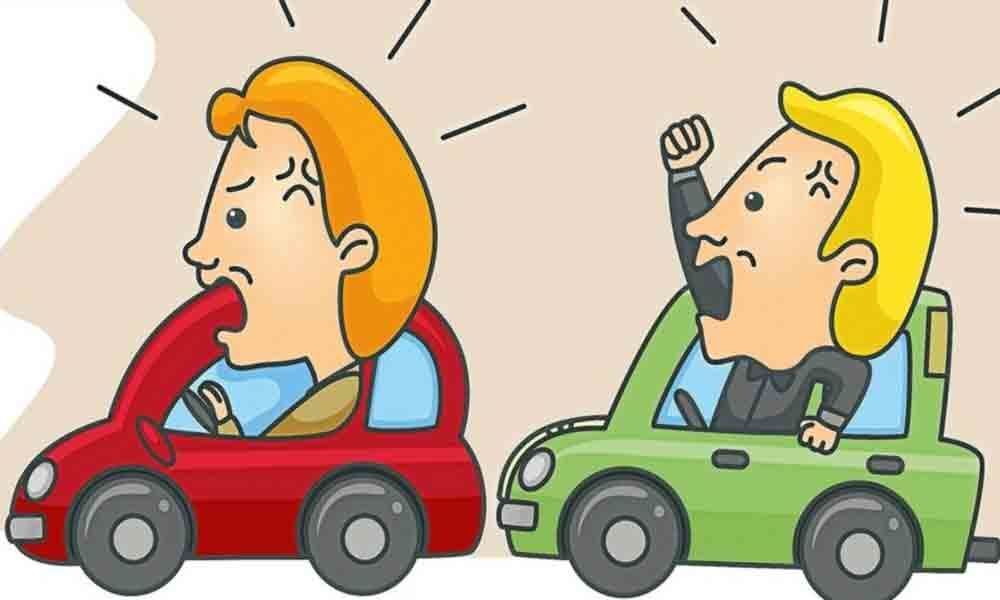 ‘Everyone cribs about our Hyderabadi traffic,’ said Subbu. ‘But it prepares us to drive in traffic conditions in countries across the world and also...

'Everyone cribs about our Hyderabadi traffic,' said Subbu. 'But it prepares us to drive in traffic conditions in countries across the world and also provides many unseen benefits.'

'What are you saying?' I asked.

'Where else in the world can you drive on both left, and right-hand side of the road at the same time?' he asked.

'What? We drive on the left Subbu,' I reminded. 'Like in the UK. And now our roads have dividers. Left stays left and right stays on right. No mixing sides.'

'That's what I thought until today,' said Subbu. 'But soon as I reached the main road and turned left, I found myself on the right. I was amazed.'

'I don't understand. How can you turn left and find yourself on the right?' I asked.

'Subbu,' I said. 'They shouldn't be coming in the opposite direction to your left. They are driving on the wrong side.'

'They did not seem to think so,' said Subbu. 'When I turned to the main road, I found a masked lady on a two-wheeler heading right at my car like a suicide bomber. I screeched to a halt, heart in my mouth, and missed her by an inch. She stopped her bike, asked me to roll down the windows, and shouted at me that she had been honking and I have buttons instead of eyes and stuff like that. Her verbal bombs were deadlier than RDX. And then she zoomed off at high speed again in the same direction. That's when I wondered if I was wrong. I was left but she was right too perhaps.'

'Was it a one-way street?' I asked irritated by his left right obsession.

'No,' said Subbu. 'Other vehicles were going in the same direction as I was. But to my left I found another stream of traffic heading in the opposite direction behaving as if they were right. That's when I realised what a great service the wrong side guys and girls are doing. Thanks to them we can drive on the left and right with equal ease. We can handle the US and UK separately, or both at the same time. What's left is not right anymore. Right is all that's left.'

'Yes, the wrong side guys are the foot soldiers of this change! They are an inspiration, driving with confidence, speed and speaking over the mobile at the same time just to give us this unique experience. Not just two-wheelers but cars, trucks, buses, trains, planes. Yesterday, I saw a car valiantly wading through heavy traffic in the opposite direction.'

'What're the cops doing?' I asked.

'A great job! Driving in these conditions keeps us mentally alert. Health benefits plus improved driving skills, thanks to them.'

'I don't know all that,' said Subbu. 'Thanks to our traffic I found spirituality and religion. Now I don't judge right wrong, left right anymore. I stick to the middle path. I am fine if the wrong side is the new right side. We can all coexist.'

I could spot a faint halo around his head. To the left. And to the right.