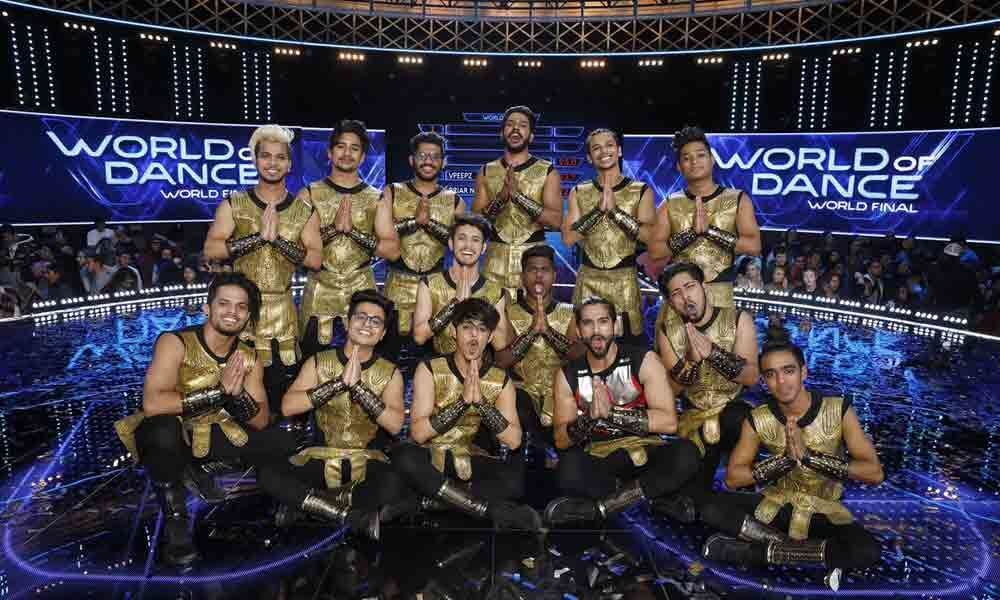 The Mumbai based hip-hop dancers Kings United India was declared the global champions of the American reality show World of Dance. The judging panel of Jennifer Lopez, Ne-Yo and Derek Hough gave them 100 out of 100 marks for their cinematic, 'Baahubali' style performance and awarded them the $1million prize. After dancing together and preparing for more than 12 years, it was an intensely proud moment for Kings United India. It was also a proud moment for India.

Shailendra Singh has wasted no time in first celebrating Kings United for their accomplishment, and now, acquiring the rights of their life story.

Shailendra says, "'Slumdog Millionaire' showed the underbelly of Mumbai, within the rags to riches story of kinds getting off the streets and finding success. But it was fiction. The story of Kings United is the true story twenty young strugglers from the slums of Nalasopara uniting through dance to take on the world. They dedicated 12 years to reach the top and became champions of the world. It's an inspiration to anyone who has ever had a dream."

Shailendra Singh is well known as a storyteller: the award-winning producer of 72 feature films, conceptualiser of 2,000 ad campaigns, bestselling author, writer and director of feature films and award-winning short films, and inceptor of Sunburn. Kings United could not imagine a better person to share with the world, their story from Nalasopara to Las Vegas.

Suresh Mukund, Choreographer for the most popular dance act in the history of World of Dance, says, "Our Kings United journey has been full of trials and tribulations, victory and glory. But we had a dream, and they only thing we knew to do, was to keep chasing that dream. We believe that Shailendra Singh truly understands our story and can translate it into a film. We are very excited to embark upon this new journey with him"

Bollywood has already been inspired by the hip-hop dances, with Remo D'Souza basing his film 'ABCD 2' on Suresh Mukund's dance team at the time – Fictitious Dance Academy. Considering the true grit and determination of the story, Shailendra is already in talks with international writers and production talent, and on the hunt for the right Director.

Shailendra says, "It's truly a glocal story – local boys, some as old as 9 years old, growing up in the slums on the fringes of Mumbai, that go global. No one will forget the moment that the Indian dance crew got perfect 100's to become global champions. Danny Boyle had great success telling an Indian rags-to-riches story, but this time, it will be a real story, about real heroes of India. This time it's not about Slumdogs, but about SlumGods."